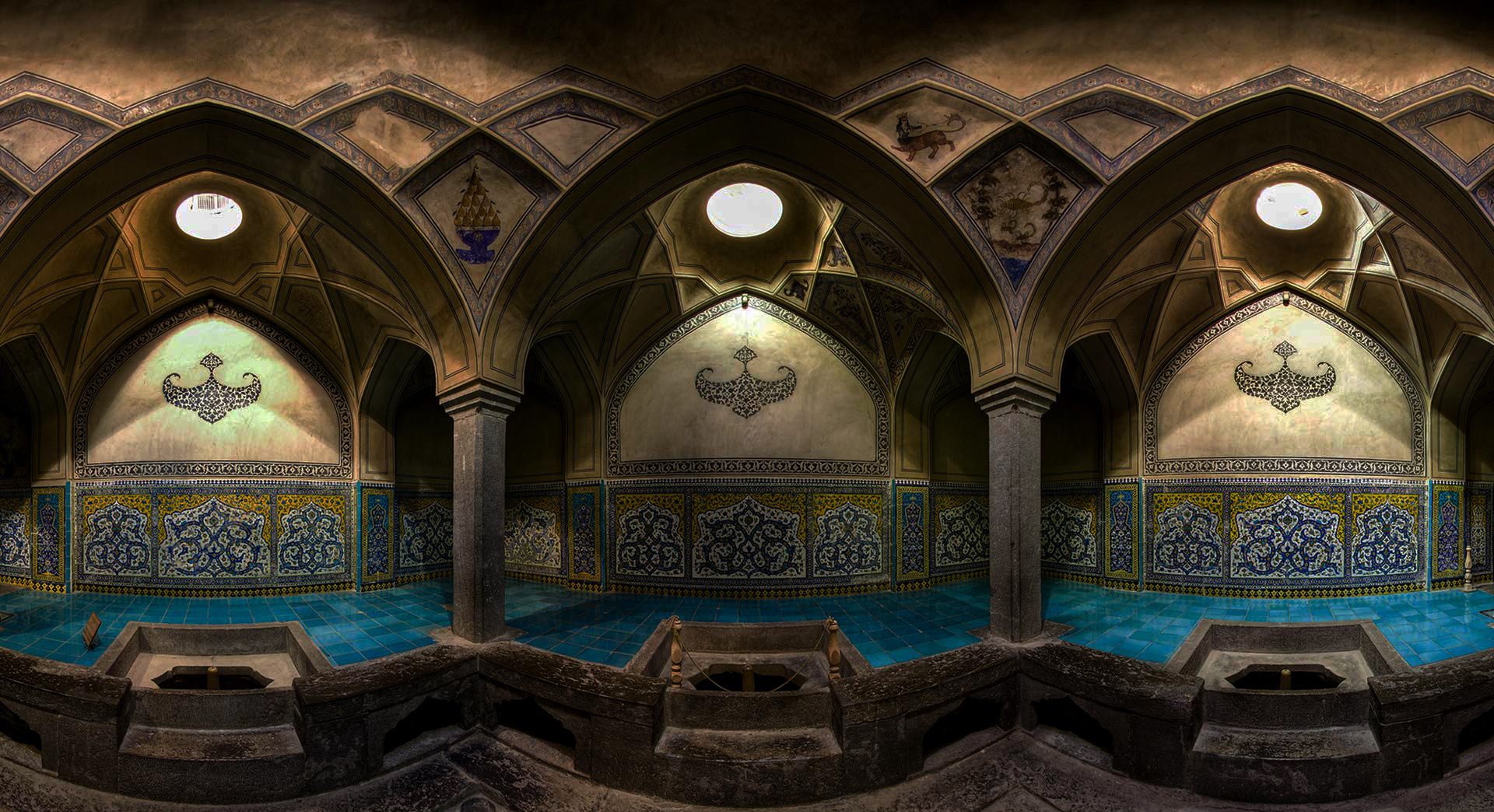 Ali Gholi Agha Hammam is a traditional bath and also an anthropology museum in the beautiful ancient city of Isfahan. You can find statues of people in this place that operate bathing and other steps of this important daily routine! You might ask how difficult it might be to take a bath. Well, let’s see in the following. 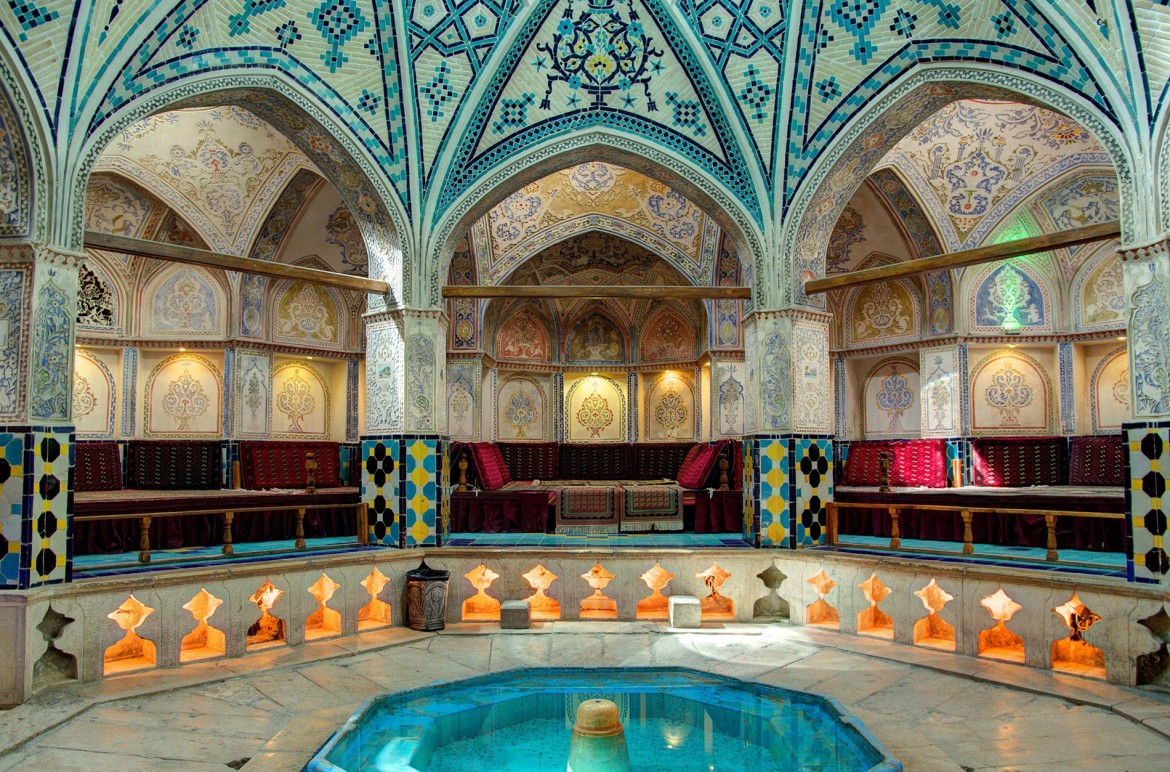 Ali Gholi Agha is the name of the person and he was one of the courtiers of two Safavid kings, King Soleiman and King Sultan Hossein. This place was built in 1713 AD. You might wonder why anyone should bother to build such a fancy place just for cleansing the body. Well, you should know that first of all this bath belonged to a royal-related person, so it is obvious that it should be well-designed. Secondly, as you might not know, in the past, baths were considered as common places where people could gather and enjoy each other’s company. Even some pre-wedding ceremonies like Hanabandan (a celebration a night before the Persian wedding) took place in traditional city baths. Of course, they do these with clothes on. These places were like today modern social network sites; where you could exchange valuable updated information. So yes, why not designing such places while we spend so much time in them? 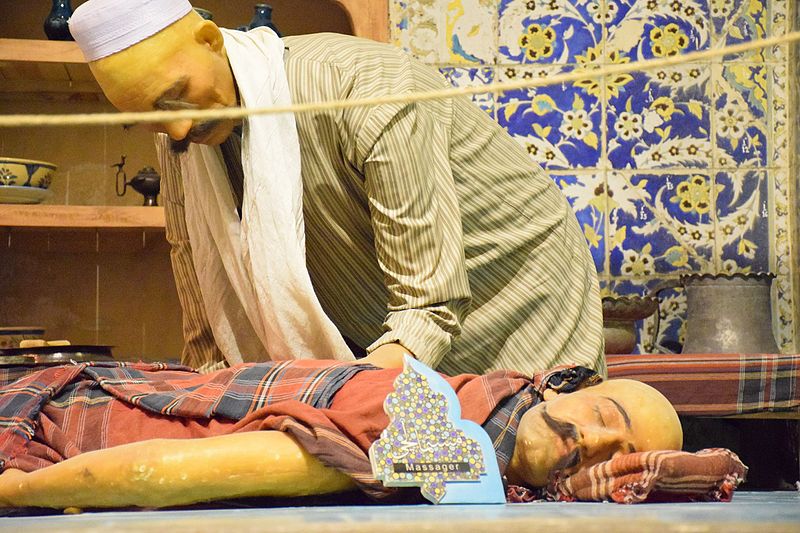 This charming bath follows Isfahan architecture method and it consists of two main bath halls, one large and the other smaller and a little pool in them. Both baths have separate Serbine (locker room) and Garm Khane (the main place of the bath where you can clean yourself), which means men and women could use the bath simultaneously. This place was designed in a way that when the beams of lights glow into the building, the ceramics and tiles will reflect the lights beautifully. 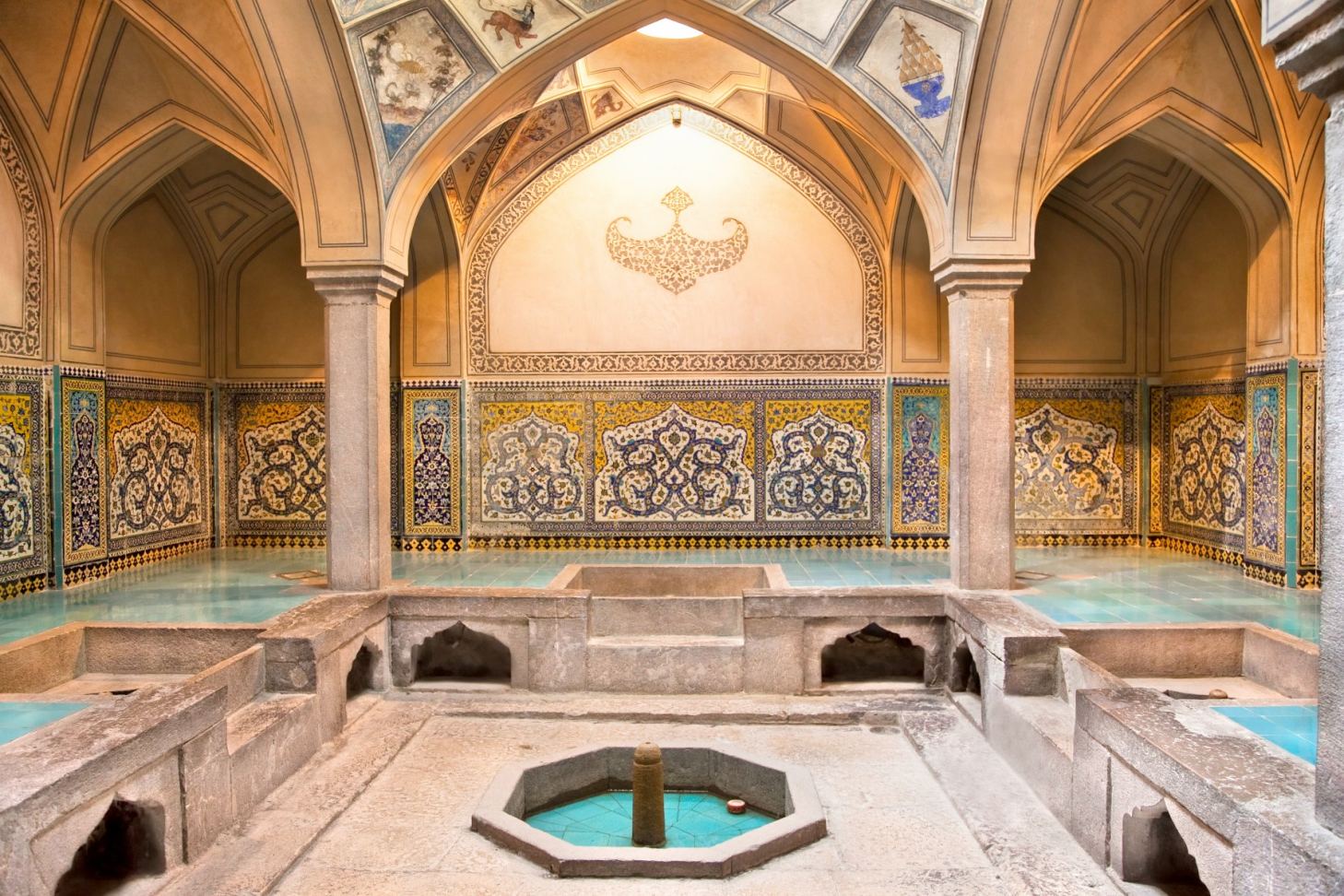 Ali Gholi Agha Hammam is almost in the center of majestic Isfahan or as people call it half of the world. Therefore, there are numerous tourist attractions are around you, including the main ones. Chehel Sotoun Palace, UNESCO World Heritage Naghsh-e Jahan Square (consisting of Ali Qapu, Imam Mosque, Sheikh Lotfollah Mosque, and Qeysarieh Gate), Hasht Behesht Palace, Natural History Museum of Isfahan, Contemporary Art Museum of Isfahan, and Atiq Jameh Mosque of Isfahan are some of these places. If you go a little more southward, you can visit Si-o-Se Pol, Khaju Bridge, and Vank Cathedral as well. 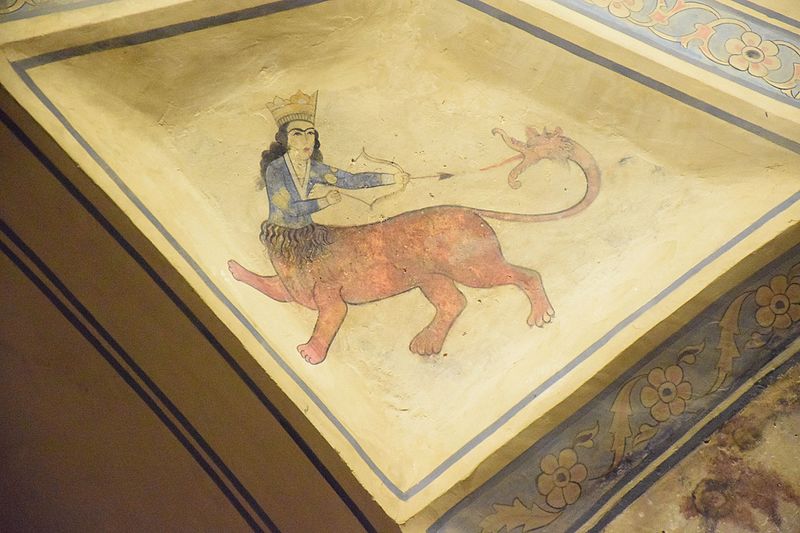 Where to Eat near Ali Gholi Agha Hammam 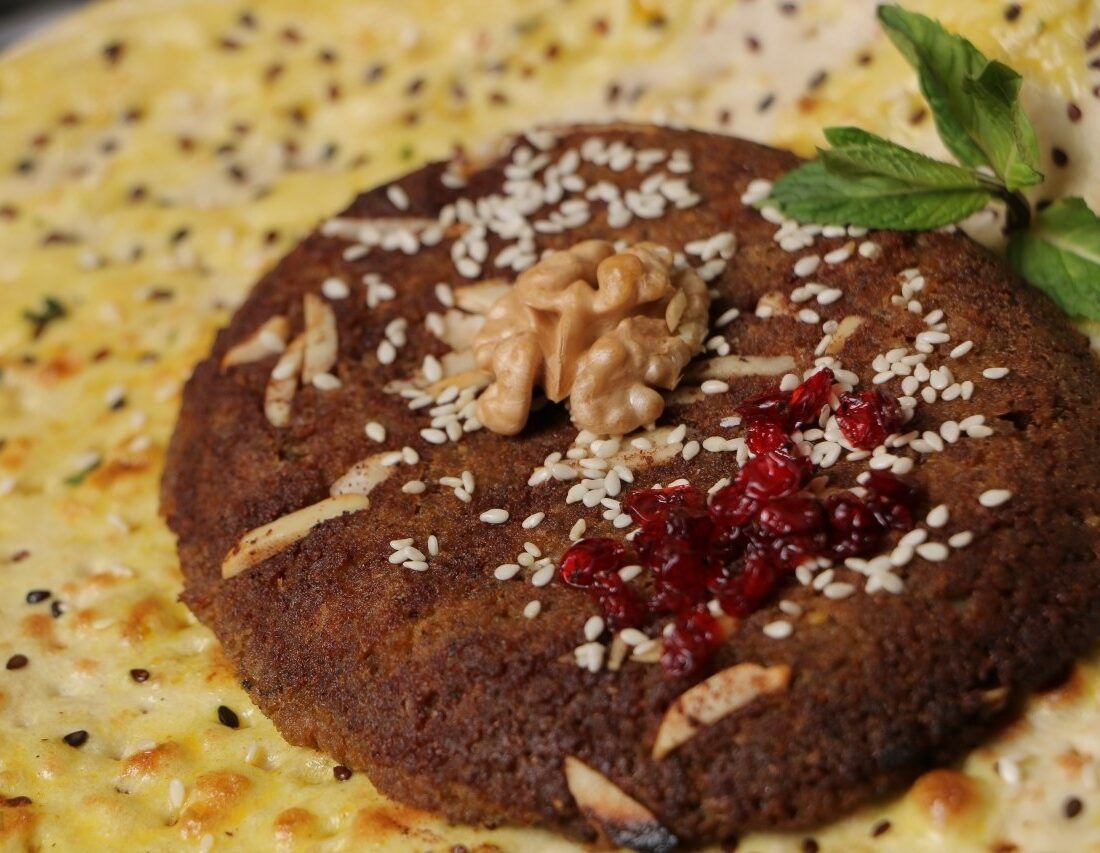 Where to Stay near Ali Gholi Agha Hammam 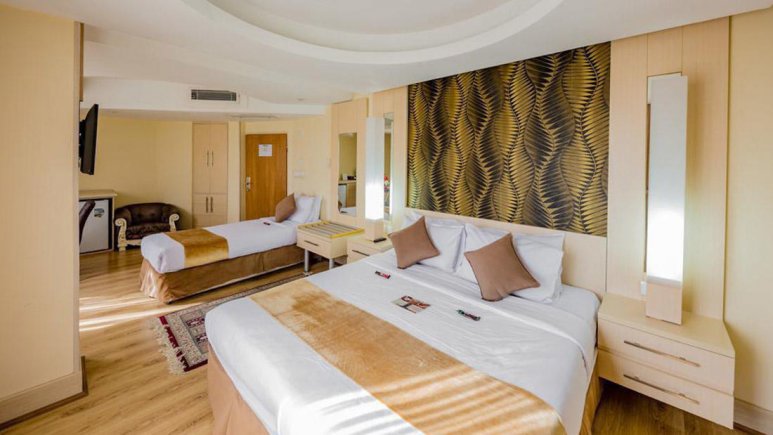 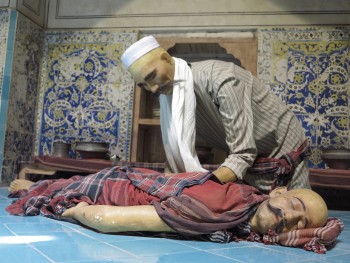 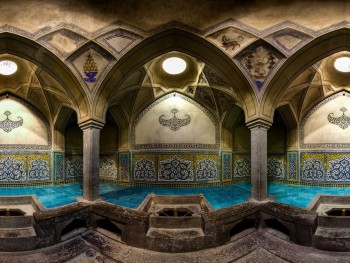 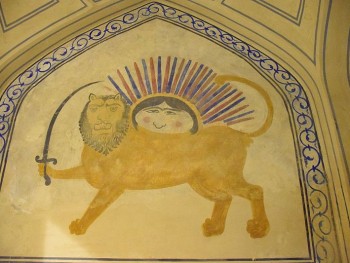 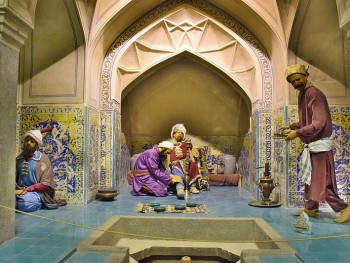 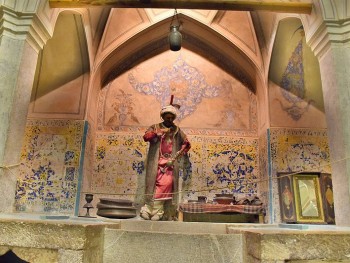 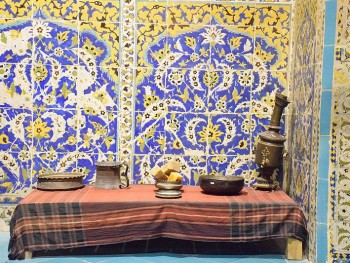 How To Get To Ali Gholi Agha Hammam

Find buses that their destinations are Enghelab Square Station and Foroghi Station. From these bus stops, you can reach the museum in less than 10 minutes.

If you are near Shohada Sq., with less than a 10-minute walk toward the south, you can find Ali Gholi Agha Hammam.