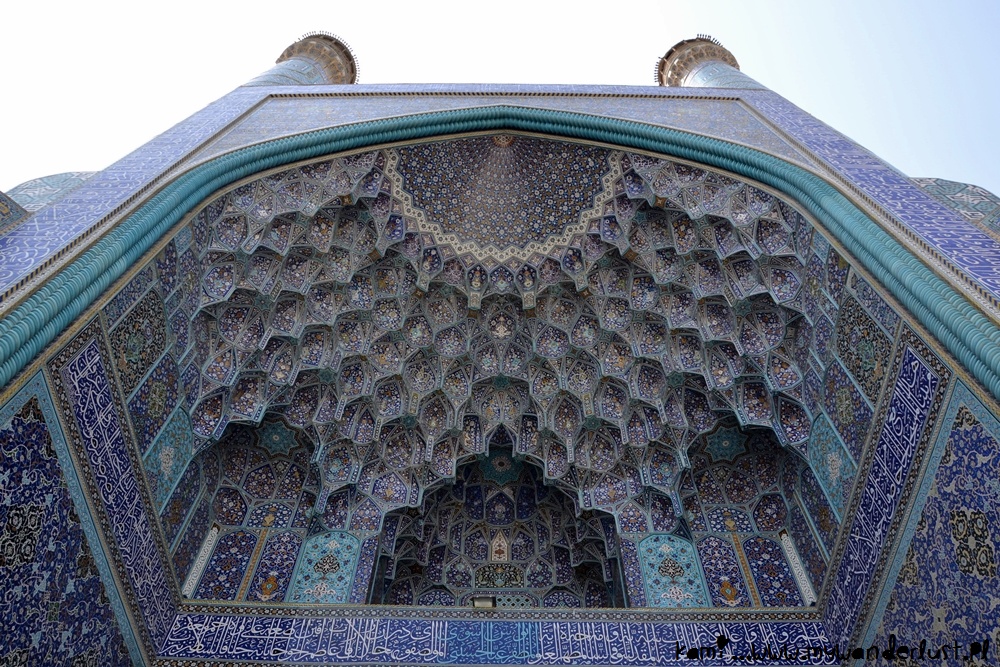 Imam Mosque (known as Shah Mosque before 1979 revolution) is a part of the complex of Naqsh-e Jahan Square – the main attraction of Isfahan. It is regarded as one of the masterpieces of Persian architecture in the Islamic era. Along with Naqsh-e Jahan Square, the mosque is registered as UNESCO World Heritage Site and is a popular destination for tourists visiting Isfahan. 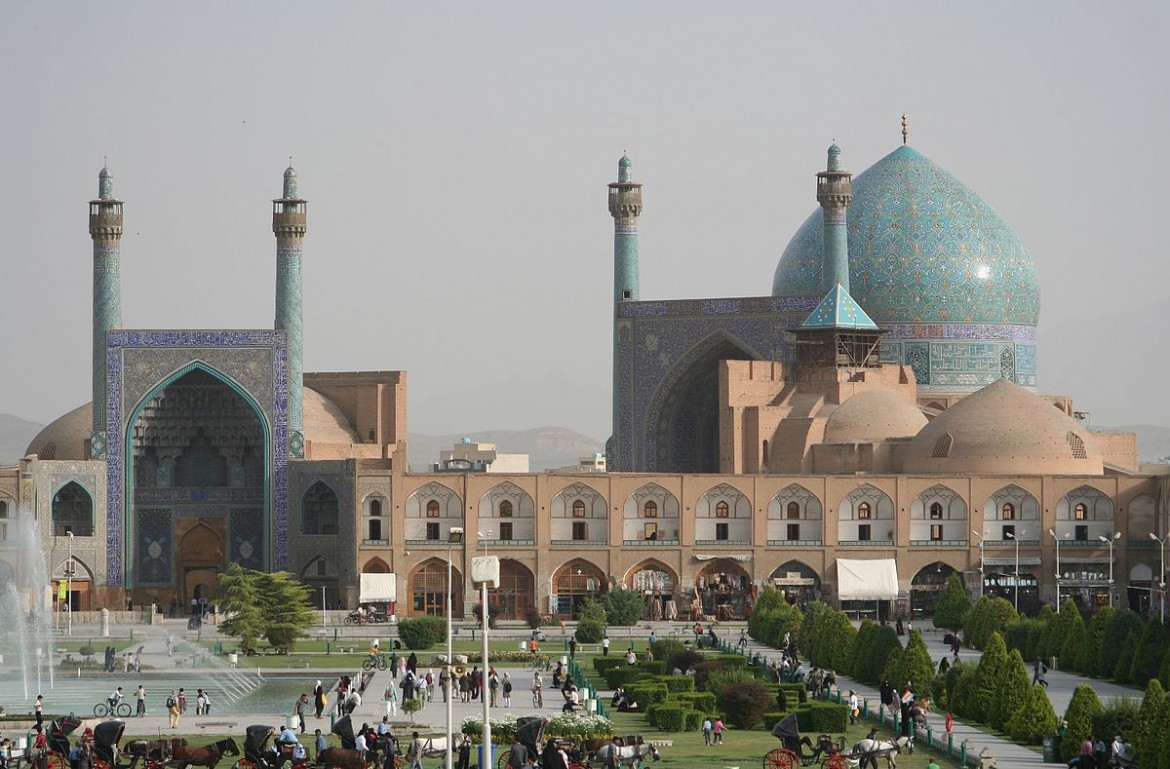 Imam Mosque was built between 1611 and 1629 as a part of Naqsh-e Jahan Square complex by decision of Shah Abbas. The task for the leading architect of the project, Shaykh Bahai, was to build a mosque that would symbolize the contribution of clergy in the Empire’s power structure.

Imam Mosque was intended to replace the old Jameh Mosque for Friday praying. Shaykh Bahai planned also to build two schools on the territory of the mosque, but Shah Abbas wanted the mosque to be ready before his death, so the construction process had to be shortened. Imam Mosque turned out to be the majestic building with the biggest dome in the city, but the construction was finished a few months after Shah’s death. 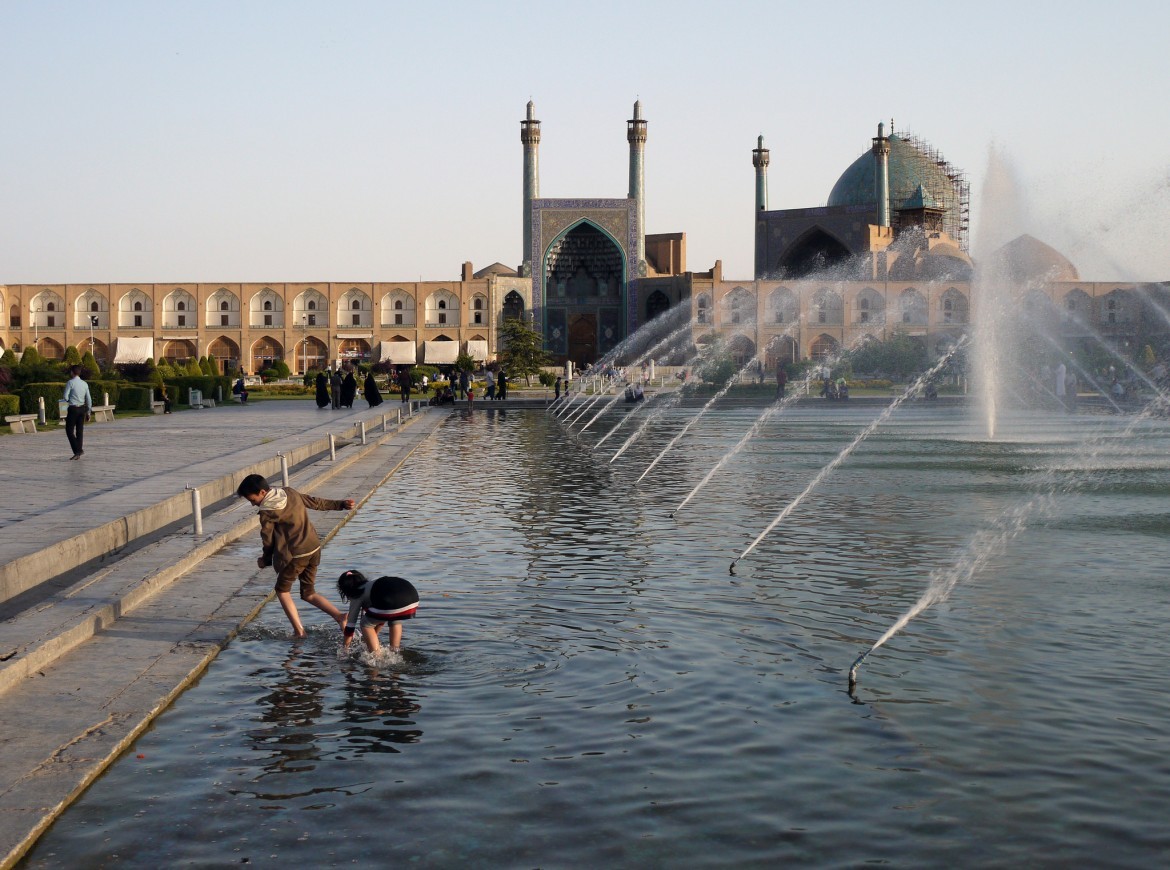 The architecture of Imam Mosque

Imam Mosque consists of two structures: a gorgeous entrance gate with two minarets and the main building of the mosque with a big dome and minarets as well. The mosque yard lies between them. The entrance is made in the shape of an iwan – vaulted structure, the distinct feature of Islamic architecture of Seljuk and Safavid dynasties.

One of the prominent features of the Imam Mosque is its peculiar orientation. While that time most of the important buildings were built facing towards Mecca, the entrance of the mosque leads another way. But after entering the entrance gate of the mosque, one makes a slight turn to the right as the portal leads him, and coming out in the yard of the mosque, faces exactly Mecca’s direction. Due to this trick, both structures – the entrance and the main dome of the mosque, are equally visible from the square, not blocking the view of each other.

The unique architectural feature of the mosque – its acoustic properties. Anyone speaking under the dome will be clearly heard by anyone inside. The variety of blue colors in interior and exterior tiled walls became the signature of the mosque. Imam Mosque stands in the south part of Naqsh-e Jahan Square, which is located in the very center of Isfahan, surrounded by many other attractions. The north end of the square through Qeisarie Gate turns to the Imperial Bazaar – the main bazaar of Isfahan. In walking distance from the square, there are Shah Historical Bath, Chehel Sotoon Palace, and Hasht Behesht Palace. After 20 minutes walk, you will reach Si-o-Se-Pol Bridge. 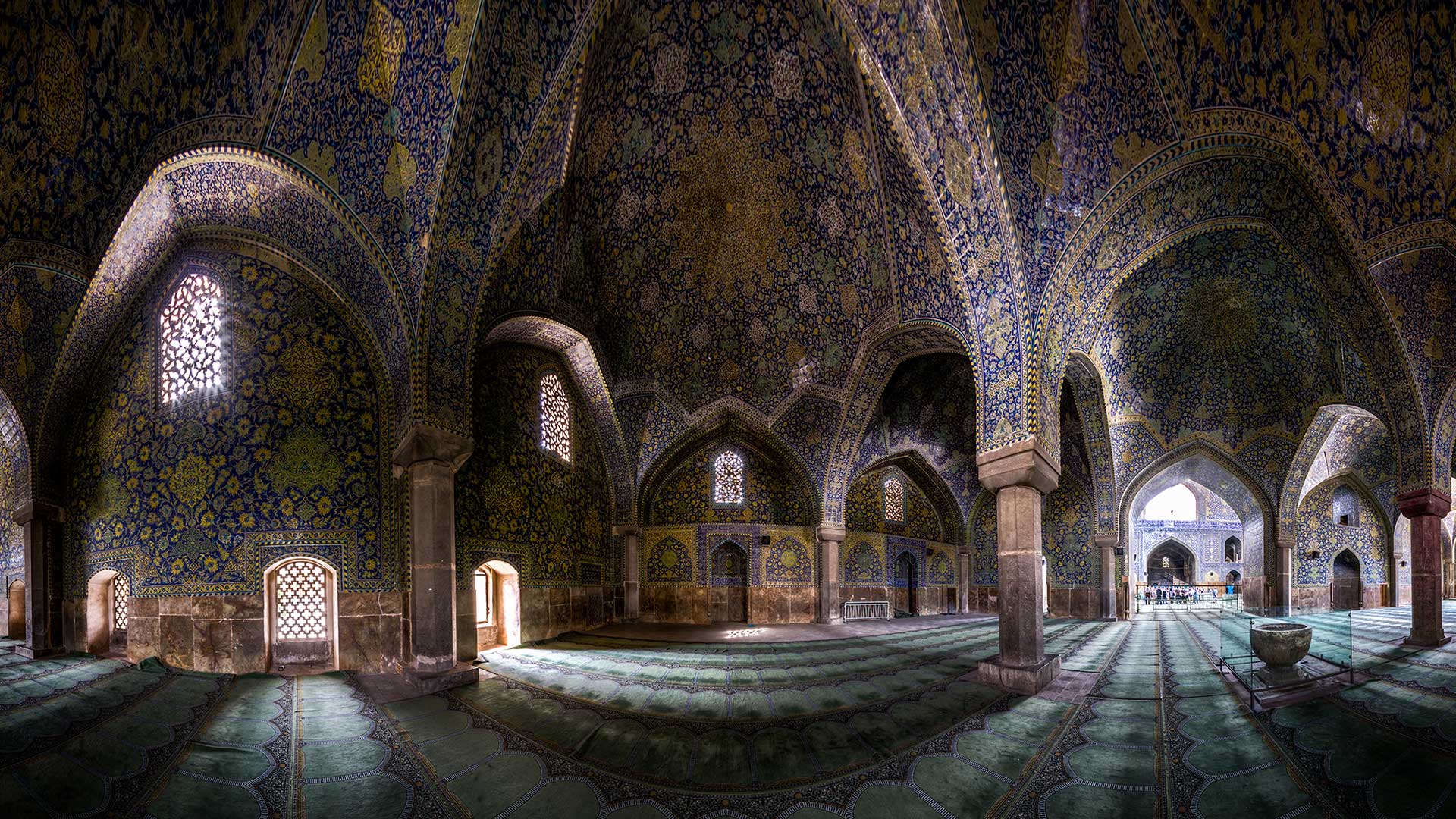 Where to Stay near Imam Mosque

If you would like to stay next to the Imam Mosque, there are a lot of options to choose from. Probably, the closest hotel to the mosque is 1-star Partikan Hotel. Also among budget options, there are 2-star Pars Hotel, 3-star Part Hotel, and Safavi Hotel. For more luxury stays, check out the 4-star Piroozy Hotel and the gem of Iranian hospitality – the 5-star Abbasi Hotel, one of the oldest hotels in Iran. If you want to stay in budget accommodation, we also recommend you to take a look at our page: 10 Best Cheap Hotels (Hostels) in Isfahan. 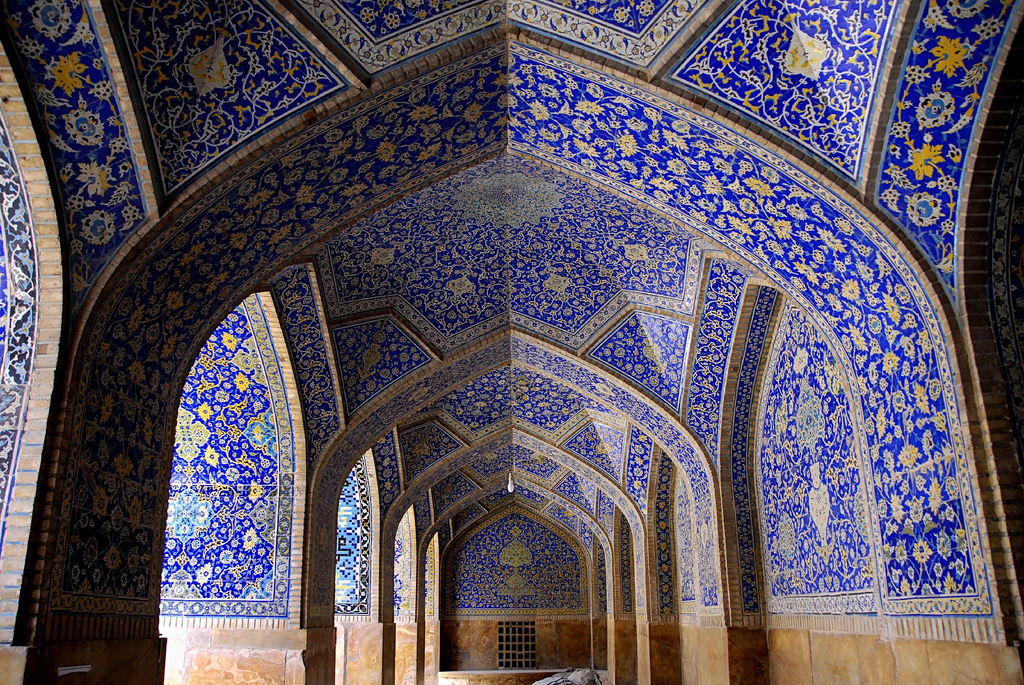 Where to Eat near Imam Mosque

All the best restaurants in the city are located around Naqsh-e Jahan Square and, accordingly, not far from Imam Mosque. You can try traditional Persian cuisine in Azadegan café, which is considered to be one of the best cafes in Isfahan. Besides the original menu, you can find interest in the café’s interior. You also can have Iranian food in Bastani café, snacks in Roozegar café, or enjoy coffee with desserts in Coffee Left or Café 404. 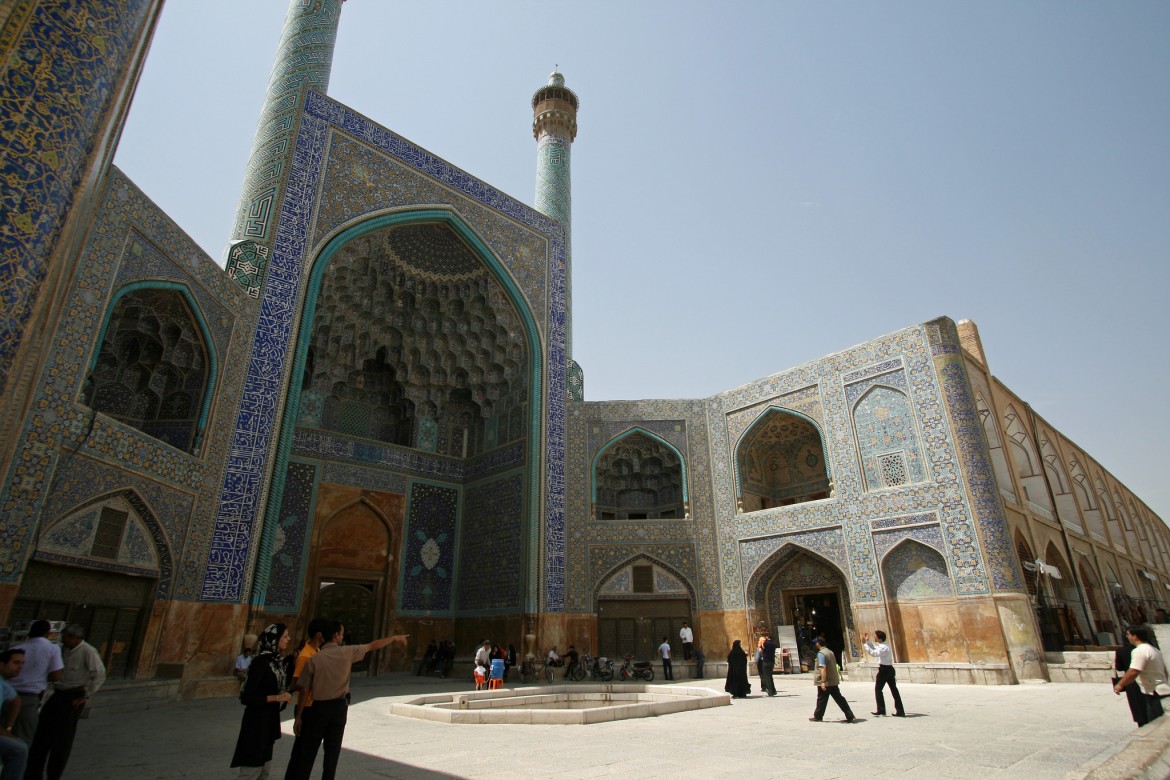 When to Visit Imam Mosque How To Get To Imam Mosque

You can take a walk from Hasht Behesht Palace and Chehel Sotoon Palace, Si-o-Se-Pol, Bazaar or Historical Bath - all of them are located within walking distance of each other.

If you are staying far from city center or coming from airport or bus station, the closest metro station is Takhti. It is located in a 20-minute walking distance from the mosque.

If you want to use the bus to get to the mosque, choose a bus which passes one of these two stops - Central Library and Khorshid Hospital.