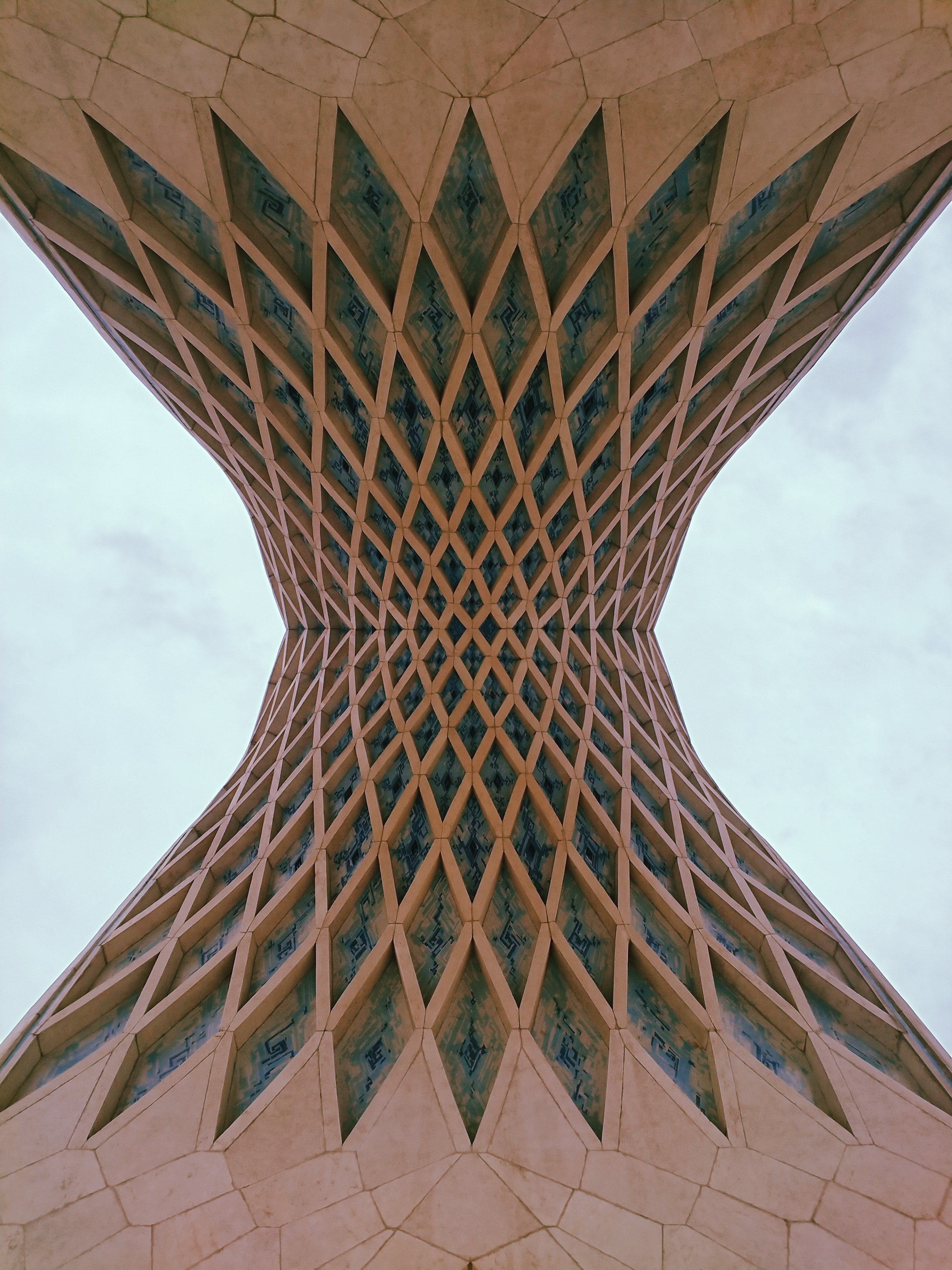 The Symbol of Tehran

Azadi Tower is one of the symbols of the great Tehran city. Laconic, simple forms of snow-white marble structure rise on the hill in the west part of the city. Memorable architecture made the tower be on the list of top Tehran attractions.

As Hossein Amanat describes his creation, Azadi Tower “starts from the ground and stretches to the sky”. This is how the architect saw the history and destination of Tehran. Remarkably, the monument represents a strong connection between past and future, history and ambitions, culture, and progress. Azadi Tower became an indispensable feature of the city landscape and later appeared on the 200 rials bill. 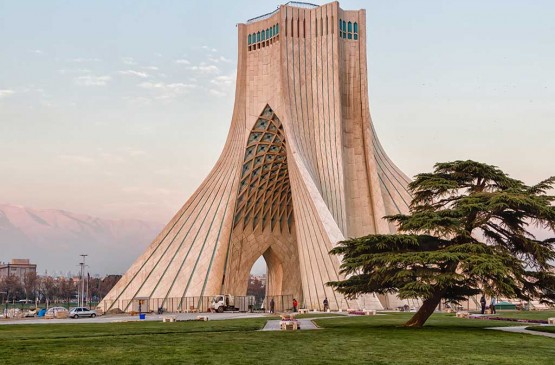 The architect, Hossein Amanat, started constructing the tower in 1972 after he won a competition to design a monument. The last Shah of Iran commissioned the monument. Mohammad Reza Pahlavi wanted the tower to commemorate the 2500th year of the Persian Empire. Azadi Tower represents Iran’s great history and heritage in tandem with contemporary achievements and development.

The architect of the monument, Hossein Amanat, won the nationwide competition. They first referred to the tower as Darvaze ye Kurosh – The Gate of Cyrus. They decided to name it officially to Shahyad Aryamehr (Shahyad tower)– Shah’s Memorial Tower. For the next seven years, the name remained the same, resembling the 2500th anniversary of the Persian empire until the Islamic revolution. In 1979 (after the 1979 Islamic revolution), the tower got the name we know today – (Borj-e Āzādi), which literally means freedom; Freedom Tower. 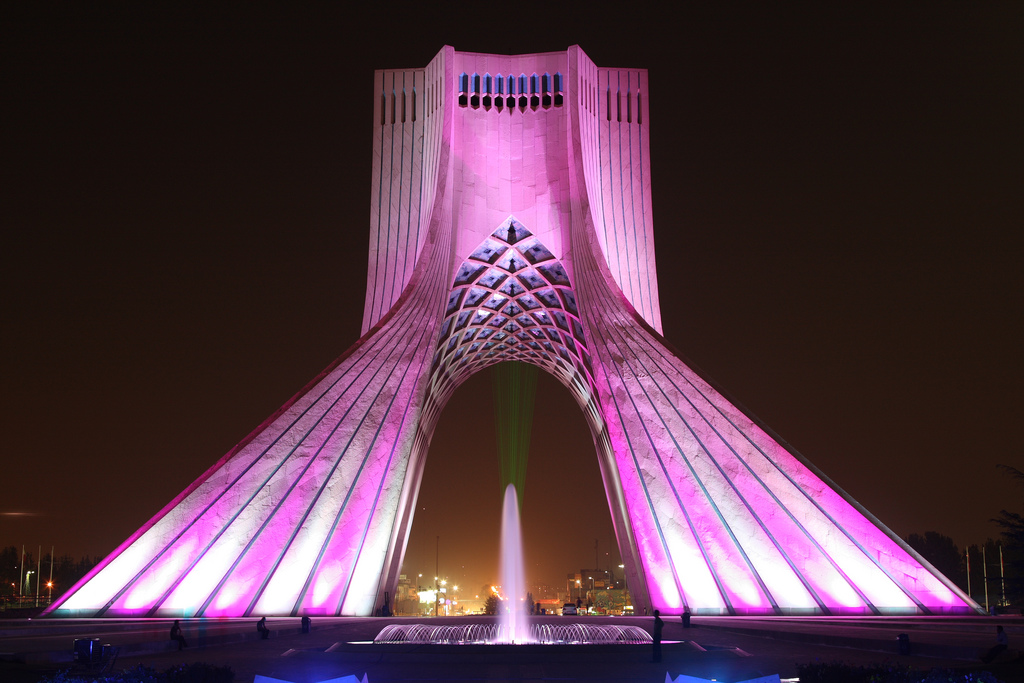 This Tower is a part of the Azadi complex (an iconic landmark of Tehran), which combines the tower and the underground museum. The museum’s exposition consists of around 50 historical artifacts, representing different periods of the history of Iran. You can enjoy pottery, paintings, gold, and marble pieces. Azadi Tower often becomes a place of social and cultural events, as light installations, concerts, and festivals. However, even if none of them fits the dates of your trip, Azadi Square is worth visiting. You can visit the museum to learn about the history of Iran. Go to the top of the tower to enjoy the 360-degree view of the city. Then take a picture with the newly installed selfie statue. Watch the light show of the colorful fountain and just observe the simplicity of this architectural masterpiece. 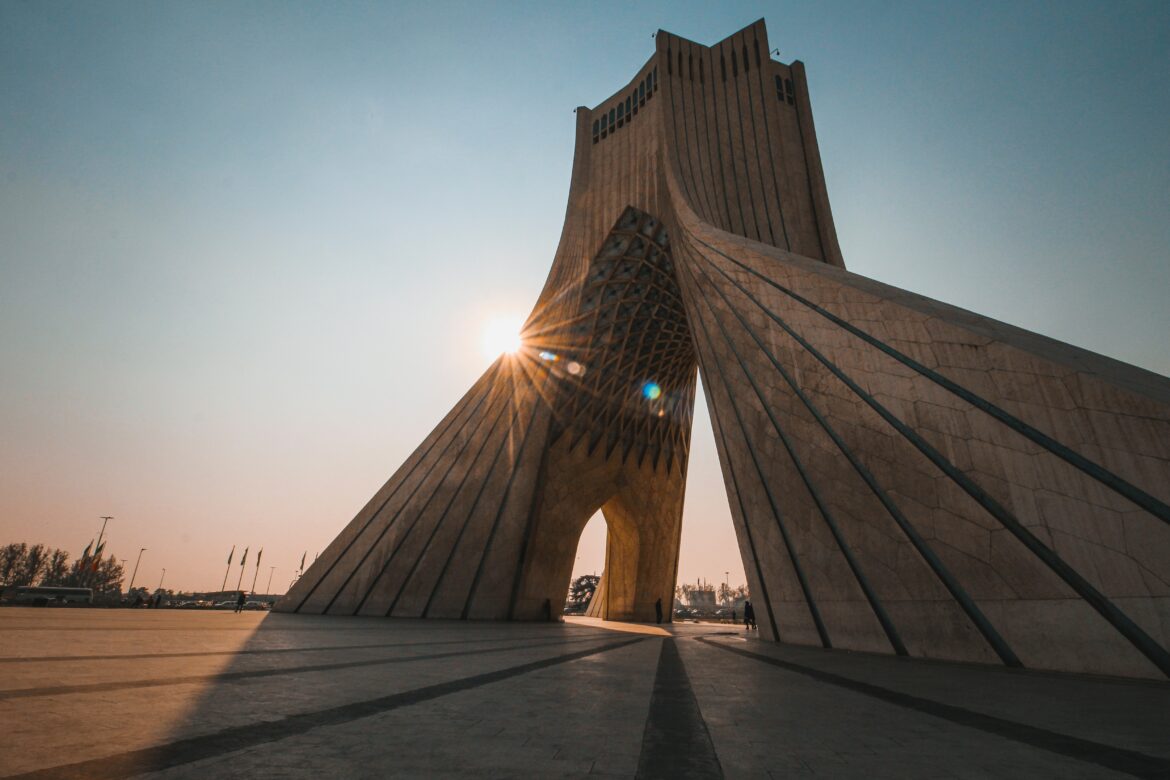 The tower is in the center of the same name square, in the western part of the city. It is between Meydan-e Azadi and Ostad Moein metro stations. Mehrabad International Airport and Western Bus Terminal are also located within walking distance from the square. That’s why Azadi Tower is also referred to as “Tehran gate”. From here you can take a BRT bus or metro to the city center to continue your tour. Places we offer you visiting include Golestan Palace, Grand Bazaar, Negarestan Garden and other popular touristic sites. 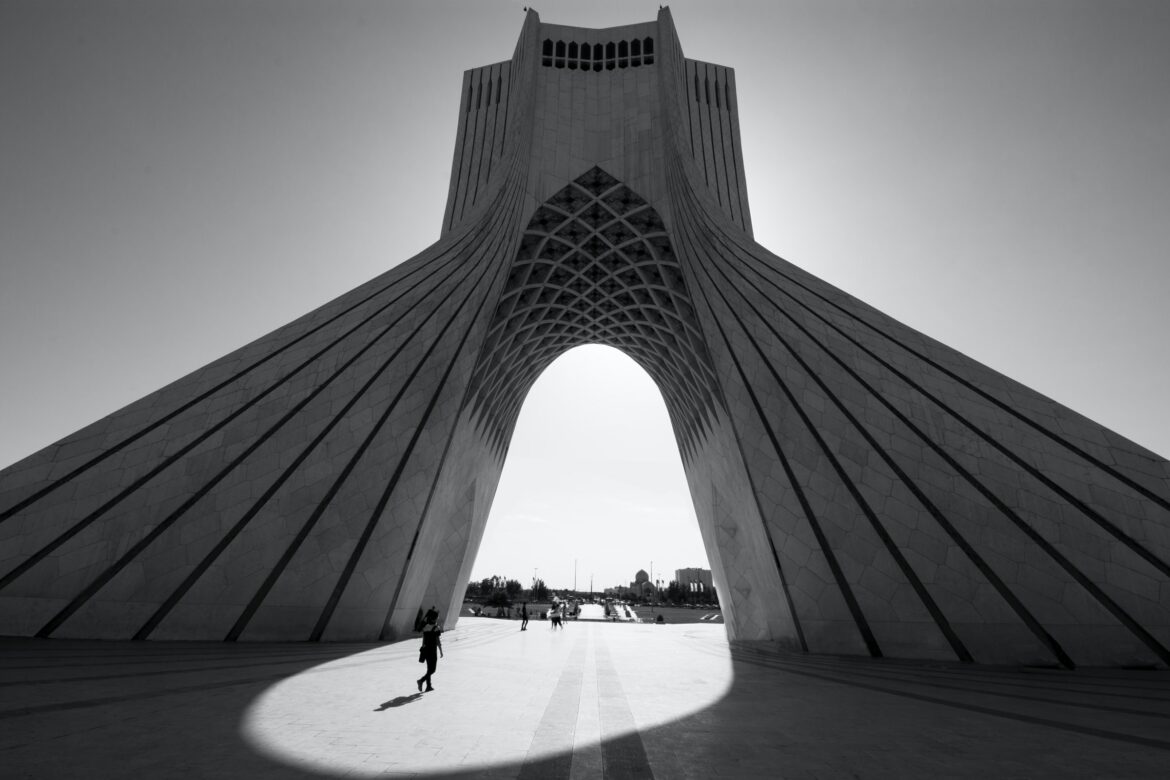 Where to stay near Azadi Tower

Azadi Square is located on the intersection of three highways and one of the main streets of the city, thus it is easy to visit from any part of the city. For luxury, stay try 5-star Laleh Hotel or Espinas International Hotel at the Boulevard, Tehran [ex Espinas Persian Gulf Hotel (Khalij-e Fars)], 4-star Olympic Hotel or Parsian Enghelab Hotel. For a more budget stay we recommend 3-star Karoon Hotel or 2-star Golestan Hotel. 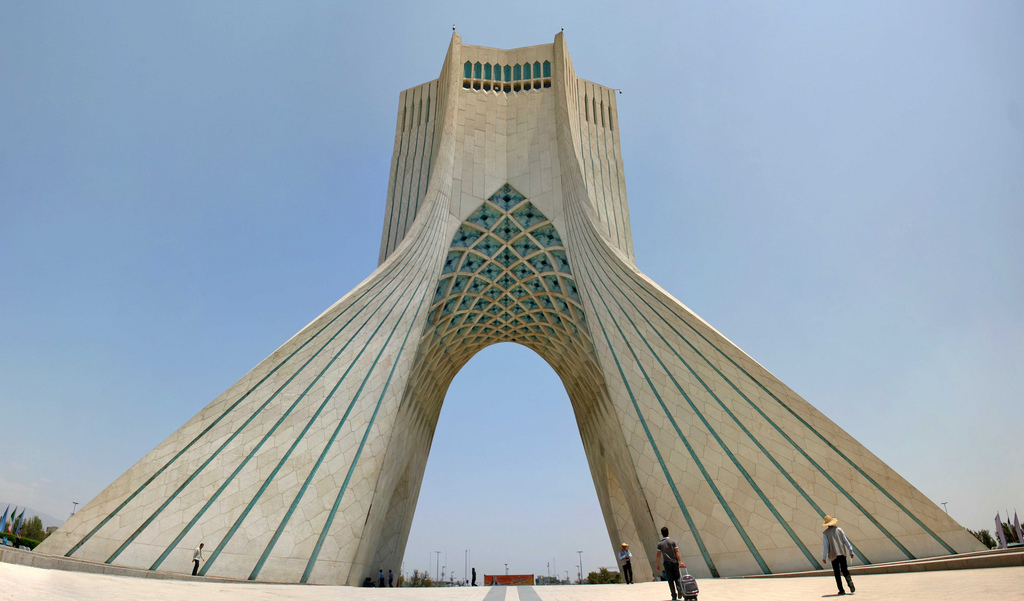 Where to eat near Azadi Tower

If you get hungry while visiting Azadi Tower, the best option is to take metro, bus or taxi to Teatr-e Shahr metro station and follow famous Vali Asr Street to the north. Here you can have a cup of coffee with a dessert in Lamiz Coffeeplace, pasta in Iran Italy restaurant, traditional persian food in Iran Tak or a sandwich in one of the numerous street food places. 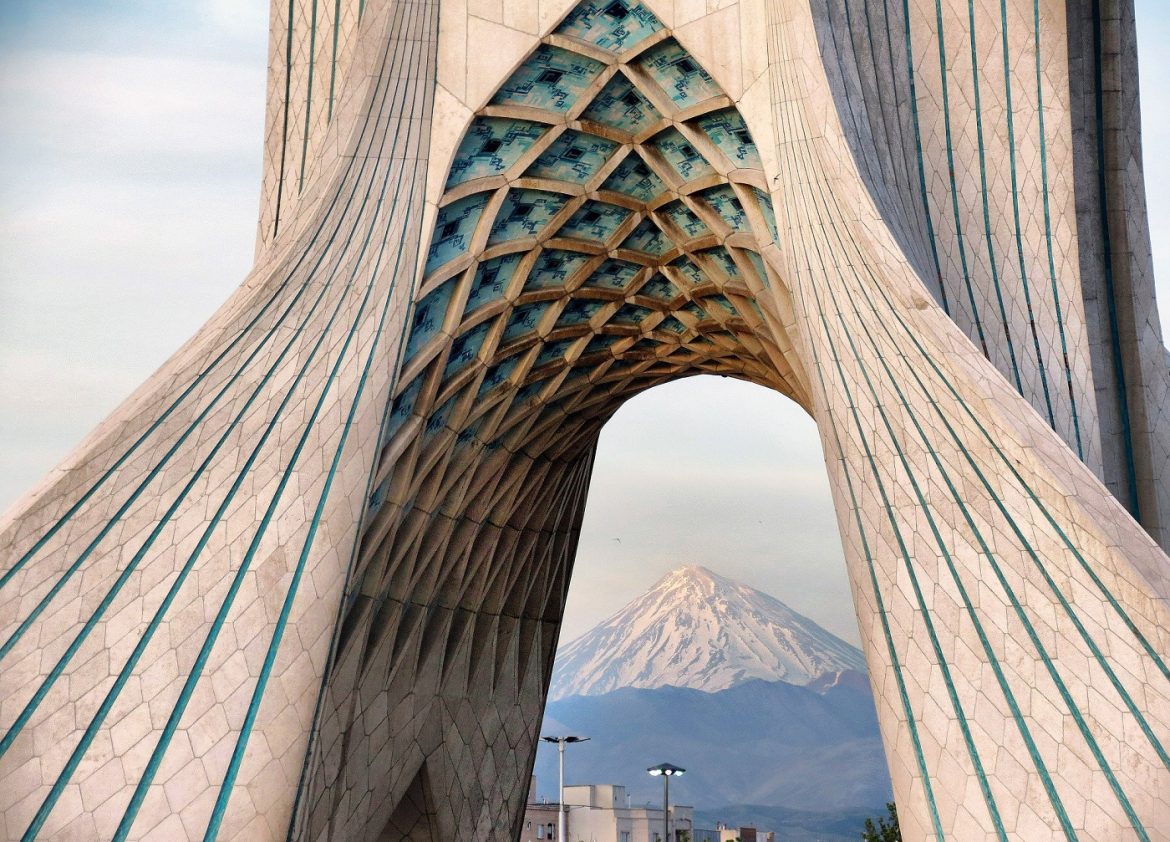 When to visit Azadi Tower

Start your Tehran city tour visiting Azadi Tower. Visit there soon after sunrise or let it be the final accord in your trip. The tower is equally stunning in the morning light and in the evening when car lights embrace the majestic monument. If you want to visit museum of the tower, choose any day except Saturday, from 9:00 to 18:00. 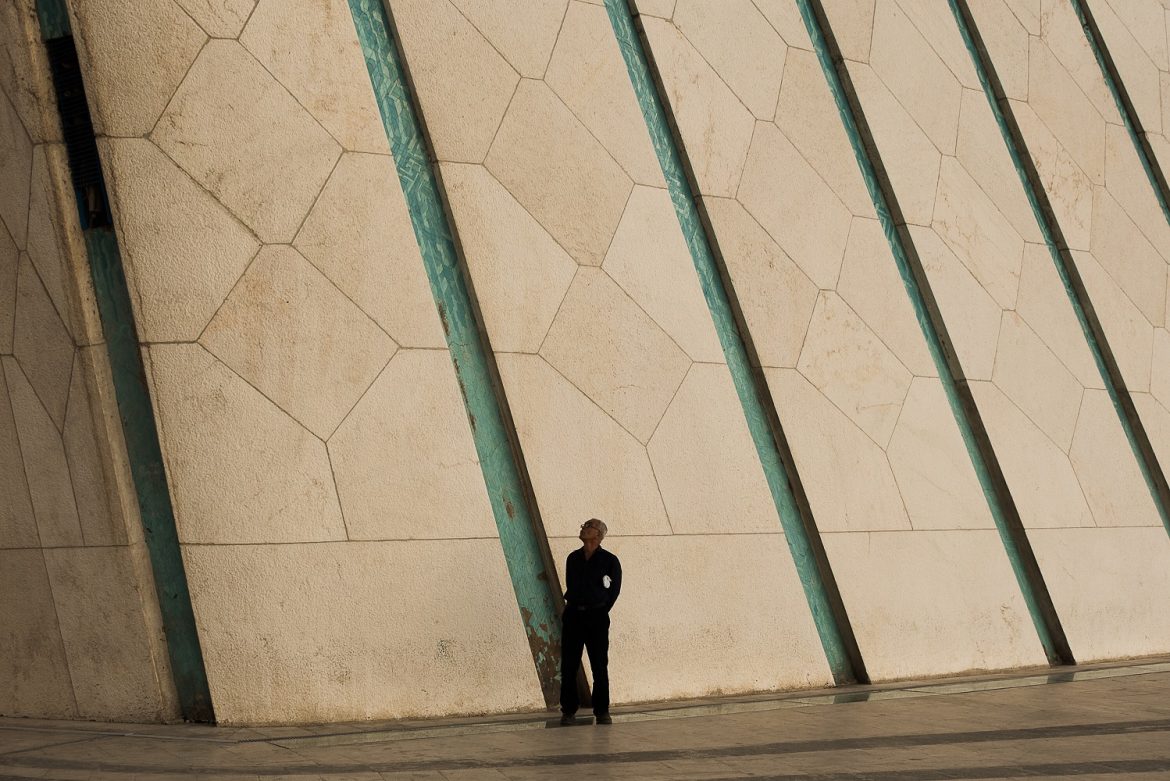 The famous museum is located on the basement floor, including various articles of different eras such as BC, Achaemenian, Parthian, or even the Sassanian periods and the Islamic era. These articles contain worthy artifacts that ancient Iranians used in everyday life; Things such as metal vessels, paintings, and carpets. Since this museum includes furniture from a broad variety of eras, it is also known as the “Tarikh e Advar” Museum that literally means the museum of the eras’ history.

How To Get To Azadi Tower

Azadi Square is located on the intersection of Jenah Highway, Lashkari Highway, Sa'idi Hghway and Azadi street, so you can easily get there from any part of the city.

Azadi Tower is located between Meydan-e Azadi and Ostad Moen stations of the yellow line of Tehran metro. You can choose any of them and reach Azadi tower with 5 minutes of walking.

Bus Rapid Transit (BRT) line #1 goes from the East of the city to the West, passing Ferdowsi square, Teatr-e Shahr metro station, and Enghelab square. You can take a bus from there to Azadi stop to reach the tower.