Baghe Jahan Nama or Jahan Nama Garden is a large walled garden since 13th century CE. Not to mention that most of the present designs have been made in the 18th century. Establishing Jahan Nama Complex with traditional interior design increases the beauty and harmony of this region. It is located on Hafez Street and is being fed with Rokni river. 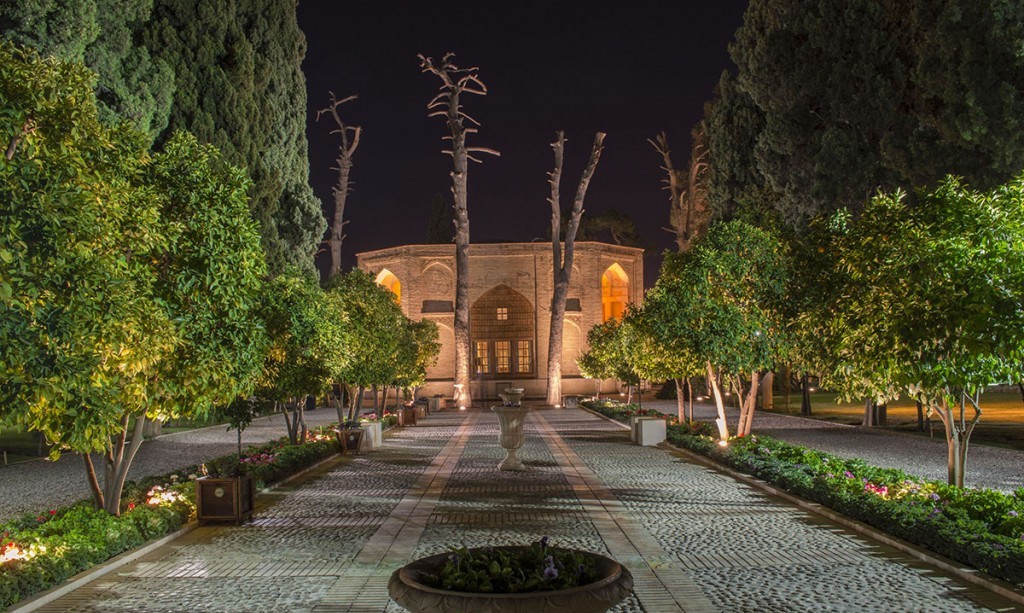 In this garden, four broad avenues have been bordered with cypresses and orange trees. In one of the avenues, there is a long rill that is lined with 64 fountains that stretches almost to the garden wall. Remarkably, roses converge on an octagonal stone pavilion at the center of the garden. This pavilion contains an internal fountain pool. The octagonal mansion has four alcoves, each corner has an alcove. The facade of this mansion is made of brick. In the mansion, there is a marble pool. This mansion functions as a museum right now. There is also a massive ground with colorful plants in a geometric design. 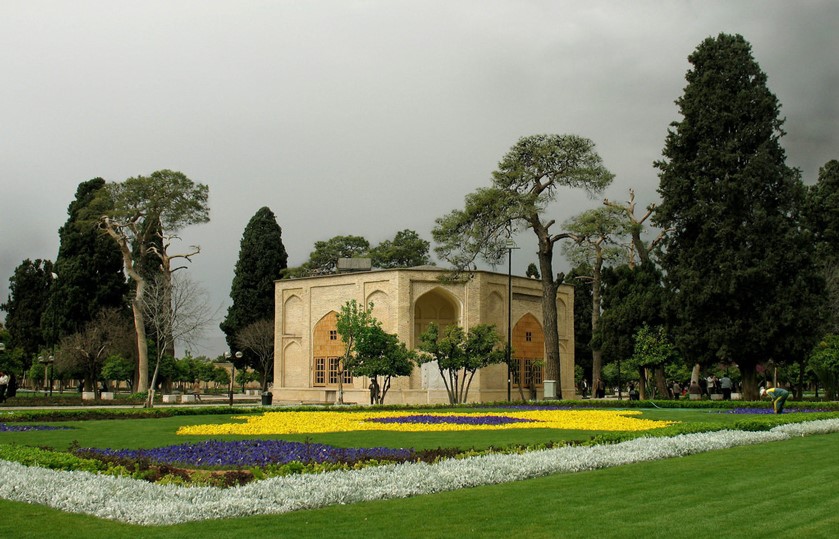 How Many 8s in Jahan Nama Garden?

There are 8 cypresses on each path, 8 sections to the long rill, and 8 fountains for each section. 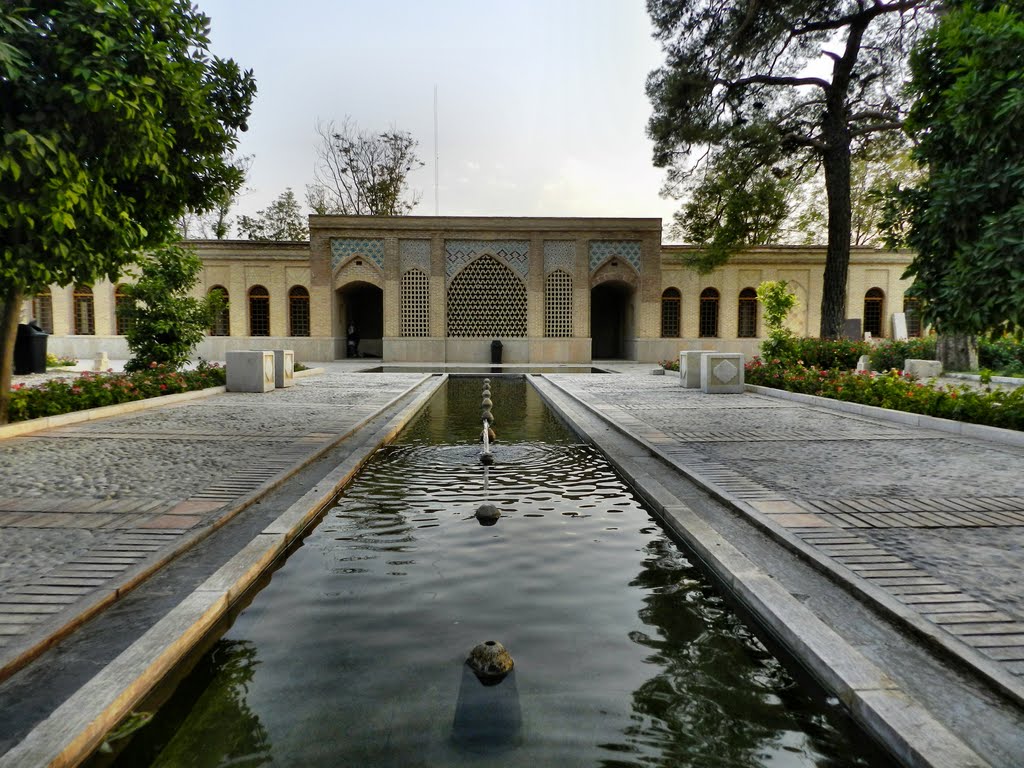 What Is Remarkable about It?

In April, the air is rich with the scent of orange blossoms. Over the cypresses, there is a fantastic view of the rocky Zagros Mountains. There are cypress trees, old pines, citrus, and food trees in Jahan Nama Garden.

Establishing Jahan Nama Complex with traditional interior designs increases the beauty and harmony of this region. Additionally, it will definitely help the tourism industry of Shiraz.

Jahan Nama Garden is being fed by “Rokni” river and is located on Hafez Street.

It is close to Tomb of Hafez. In the eastern part of it, you can find Quran Gate and Haft Tanan Museum. During the reign of Al-Muzaffar, this garden was green. So, it has been mentioned so many times in poems of Hafez.

Jahan Nama Garden in Other Views?

The historian Ibn Arabshah has called this garden in his book as “Zinat al-Donya” which means the ornament of the world. In the reign of Timur Goorakany, this garden became favored as if he established the same garden in his hometown Samarkand and named it “Jahan Nama”. 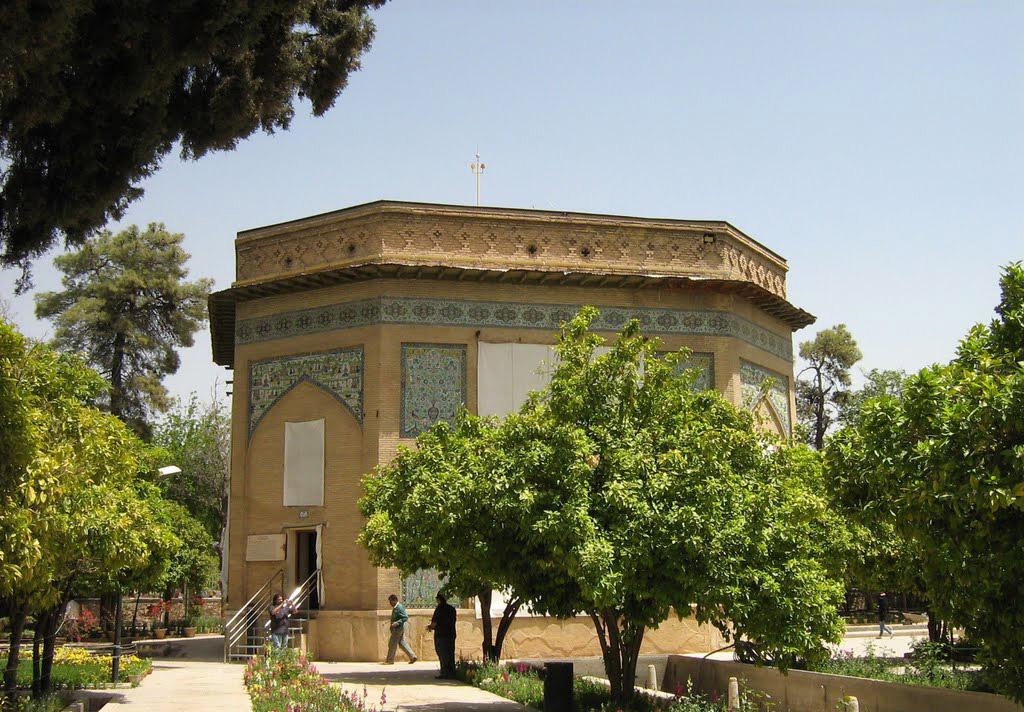 It was an important garden in Safavid Era but after the extinction of the Safavid Dynasty, this garden almost destroyed. In the reign of Karim Khan Zand, this garden was renovated and they built a mansion in it. They also fenced the garden and they organized the structure of the plantings around the mansion.

In Qajar Era, the garden hosted guests of the government. Iranian handicrafts have deep philosophical, mystical, and metaphorical concepts beyond each piece. The massive cultural and ethnic diversity in Iran has created varieties in handicrafts. Accordingly, even the same handicraft has different textures and structures in different regions. 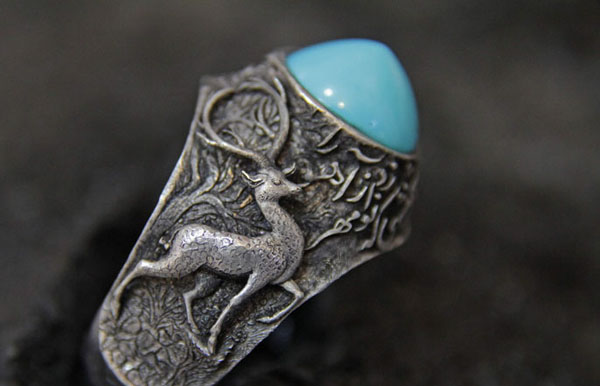 Where to Eat near Jahan Nama Garden

Haft Khan Restaurant is a must-see restaurant in a 500-meter distance to Jahan Nama Garden. It is famous for the high-quality food and its unique and wonderful architecture. Black Burger Shiraz is only 100 meters away and you can have awesome burgers there. 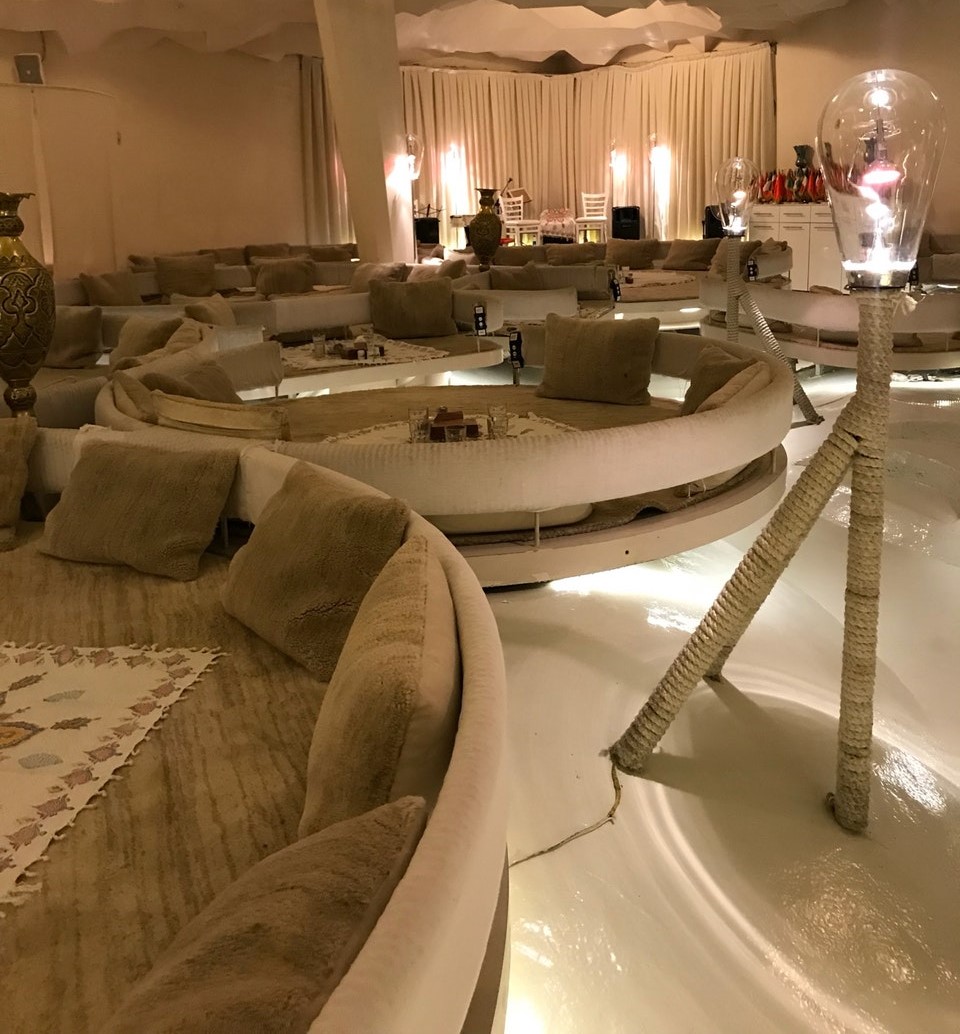 Where to Stay near Jahan Nama Garden 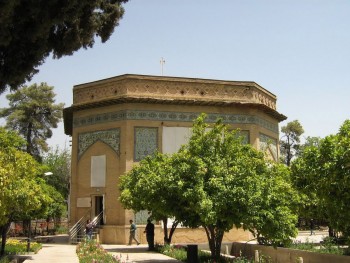 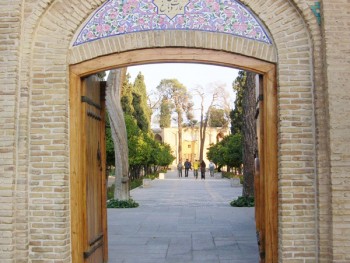 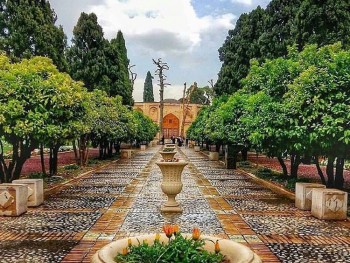 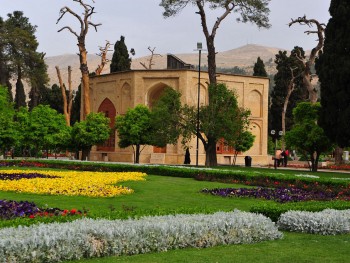 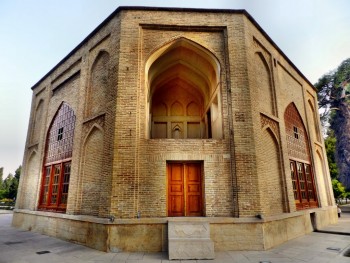 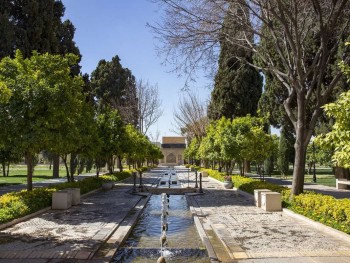 How To Get To Jahan Nama Garden

It is so easy. From the entrance of the city (Shiraz Street), get on Hafez Street. After walking for about 500 meters, you'll reach Jahan Nama Garden.

Get on Haft Tanan Boulevard. Then enter Naft Street. Keep it up for a bit and there it is. Jahan Nama Garden! You can also go there through Hafez Street.