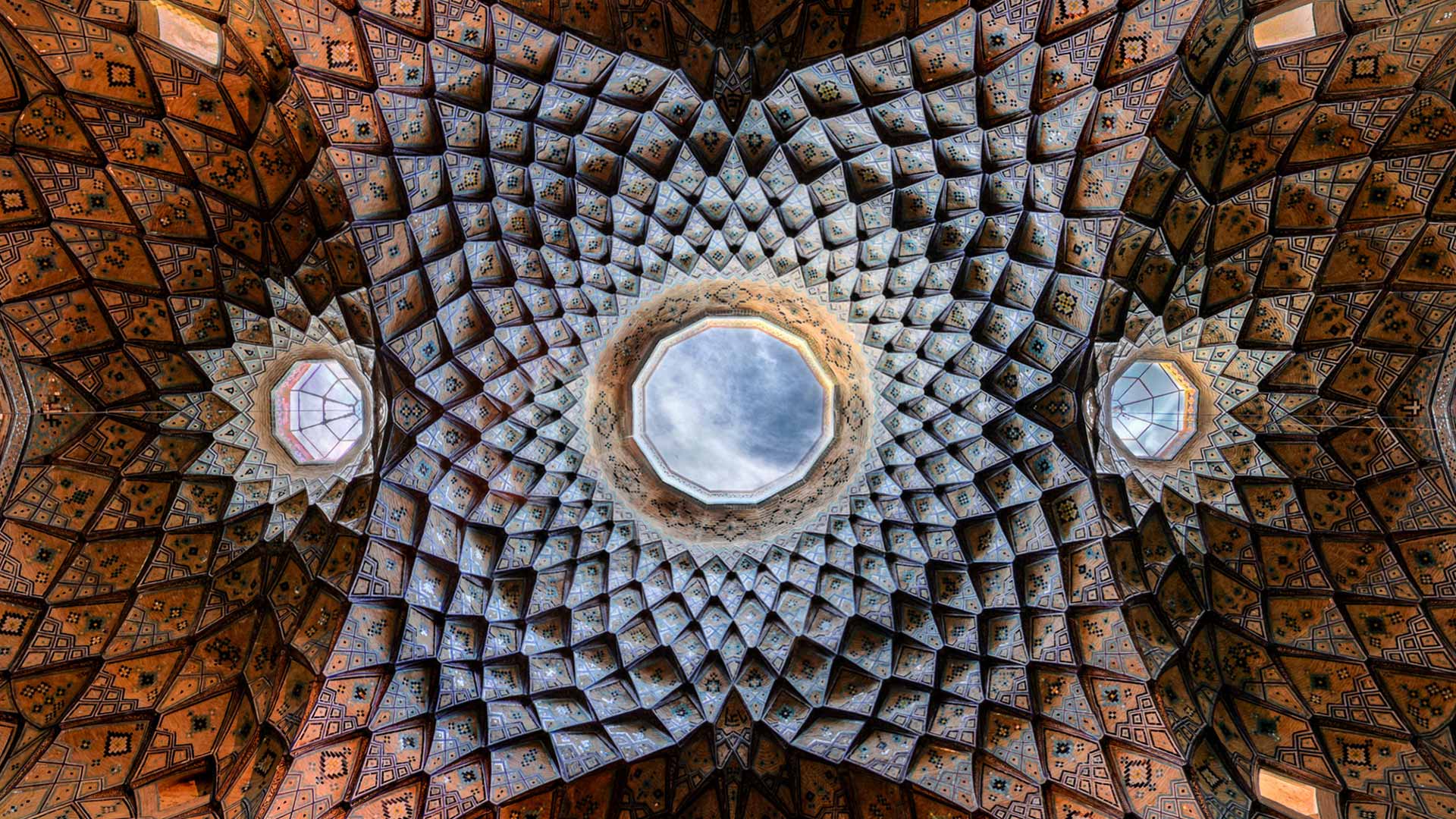 Aminoddoleh Caravansary also known as Timche Aminoddole is an old caravansary in Bazaar of Kashan. There have been so many important religious ceremonies held in this place. It is an important place along the silk road. 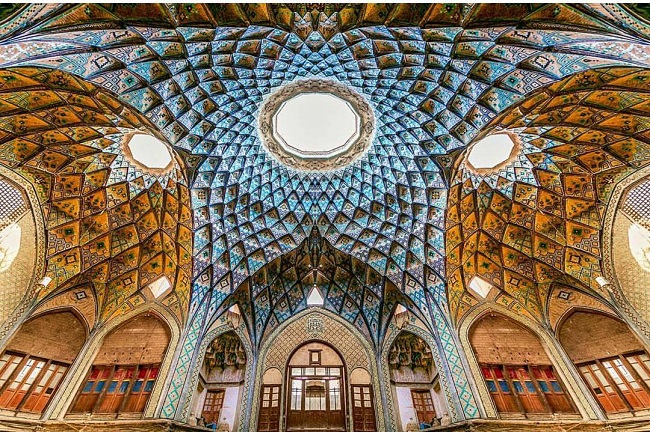 This amazing place is one of Farrokh Khan’s buildings (Also known as Aminodoleh who was a high-ranking Persian official, and vice premier to the court of King Fathali Shah Qajar). This caravansary is a 3-floor building which is a magnificent architectural wonder of Kashan. Besides its astonishing beauty and geometric masterpiece, it has a firm foundation that has been built carefully so that in more than 100 years of its construction, it has not been destructed even a little bit. 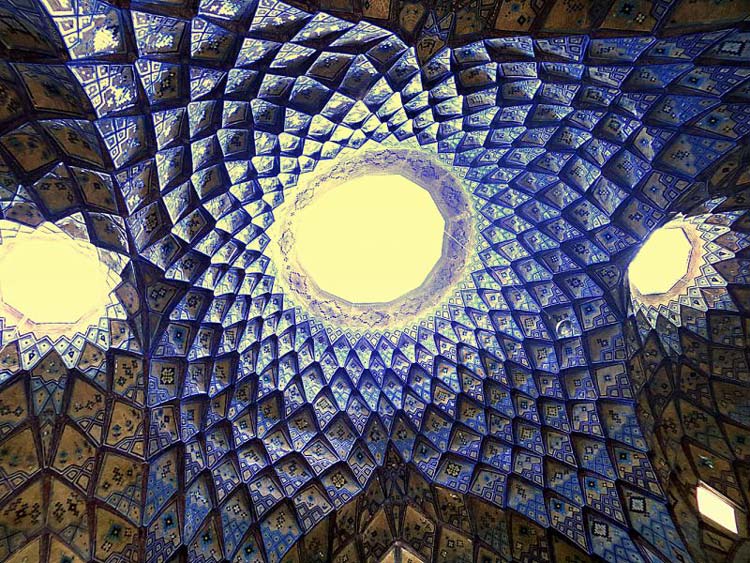 It is close to attractions like Tabatabaei House, Sultan Amir Ahmad Bathhouse, and Agha Bozorg Mosque. The most famous ceremony held is Muharram during which Hai’ats enter the place, sing about events that happened to Imam Hussain -the third Imam of Shia’s- and his family and the things that happened to them in Karbala on Ashura.

Where to Eat near Aminoddoleh Caravansary

Madarbozorg Traditional Restaurant is a nearby restaurant where you can enjoy Persian delicious traditional dishes. Hammam Khan Teahouse and Restaurant and Khaneh Negin Restaurant are other close places to have a dish. 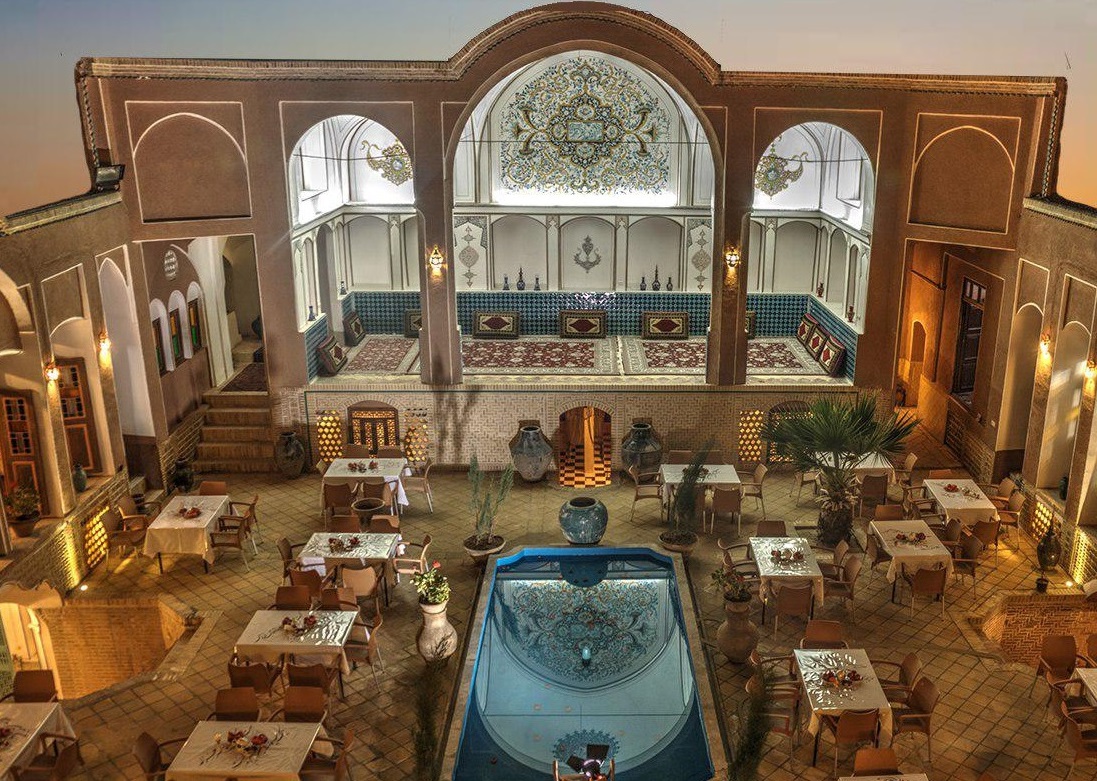 Where to Stay near Aminoddoleh Caravansary

International Negin Hotel is an amazing 3-star hotel on Mohtasham Street in front of the Aminoddoleh Caravansary. Manouchehri Traditional Hotel is a 4-star hotel nearby. Darbe Bagh Residence and Kashan Mahinestan Raheb Hotel are other luxury hotels. If you are looking for a budget hostel, don’t worry! Sana Historical Hostel is only 800 meters away. 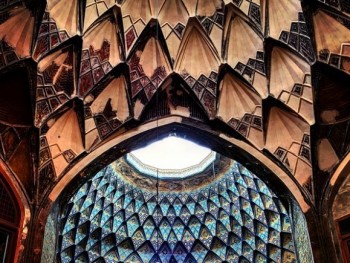 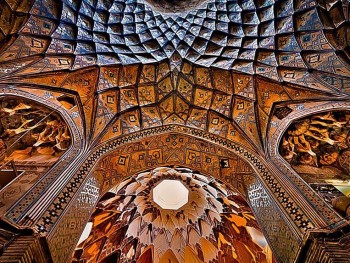 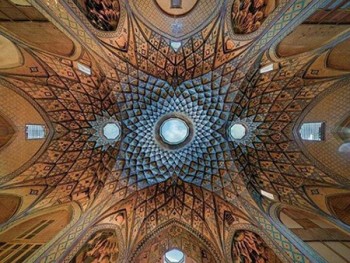 How To Get To Aminoddoleh Caravansary

You should just find Imam Khomeini Square, on the western side of the square there is Mohtasham Street. Aminoddoleh Caravansary is on Mohtasham St.

From Kamalol Molk Square, getting to Aminoddoleh Caravansary is easy as a piece of cake. Take Mohtasham St and you'll be there in 6 minutes.