A Garden with a Majestic Palace Inside

One of the remaining monuments of the Safavid Era is Hasht Behesht Palace. Its brilliant architecture along with its design and decoration have made it a legendary palace. It has four different façades each one visible through a particular angle. There is also a garden around this structure from which not much has remained. However, a park has recently been established near the building with modern affiliations.

One of the two gardens in Chahar Bagh Street (the Four Gardens) is Hasht Behesht Palace and its garden. This spectacular historical structure is located in the western part of Chahar Bagh Street and across from Sheykh Bahaei Street. Reaching here by public transportation is possible by bus. Municipal Bus Station is the closest station to this palace. 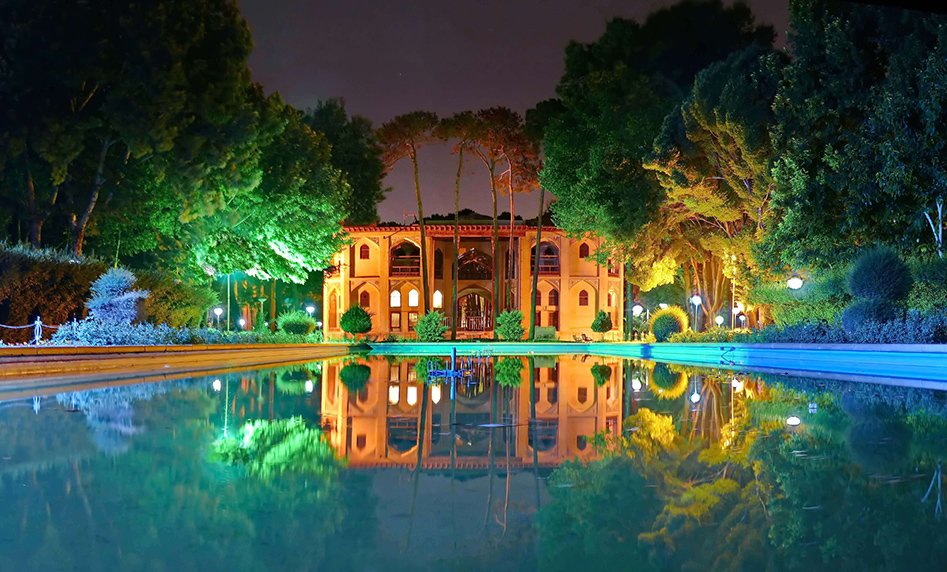 Isfahan owes a great deal to Safavid Era and its kings. Shah Abbas, the first king of the Safavid Empire, selected Isfahan as the capital city. One of his decisions to make Isfahan a competent city for his empire was to build up a long street, Chahar Bagh Street (the four gardens), and develop some gardens in it. Sad to say, none of these gardens have remained excluding Chehel Sotoun Garden and Hasht Behesht Garden. The beauty of the garden is not fully left for us to explore however the palace is still a lively monument. The word Hasht Behesht used to mean “The Entrance to Heaven” in the Persian language. Hasht Behesht Palace was built in 1669 and for a long time was called “the most beautiful palace in the world.” In 1964, the garden was conceded to the Culture and Art Ministry of Iran. 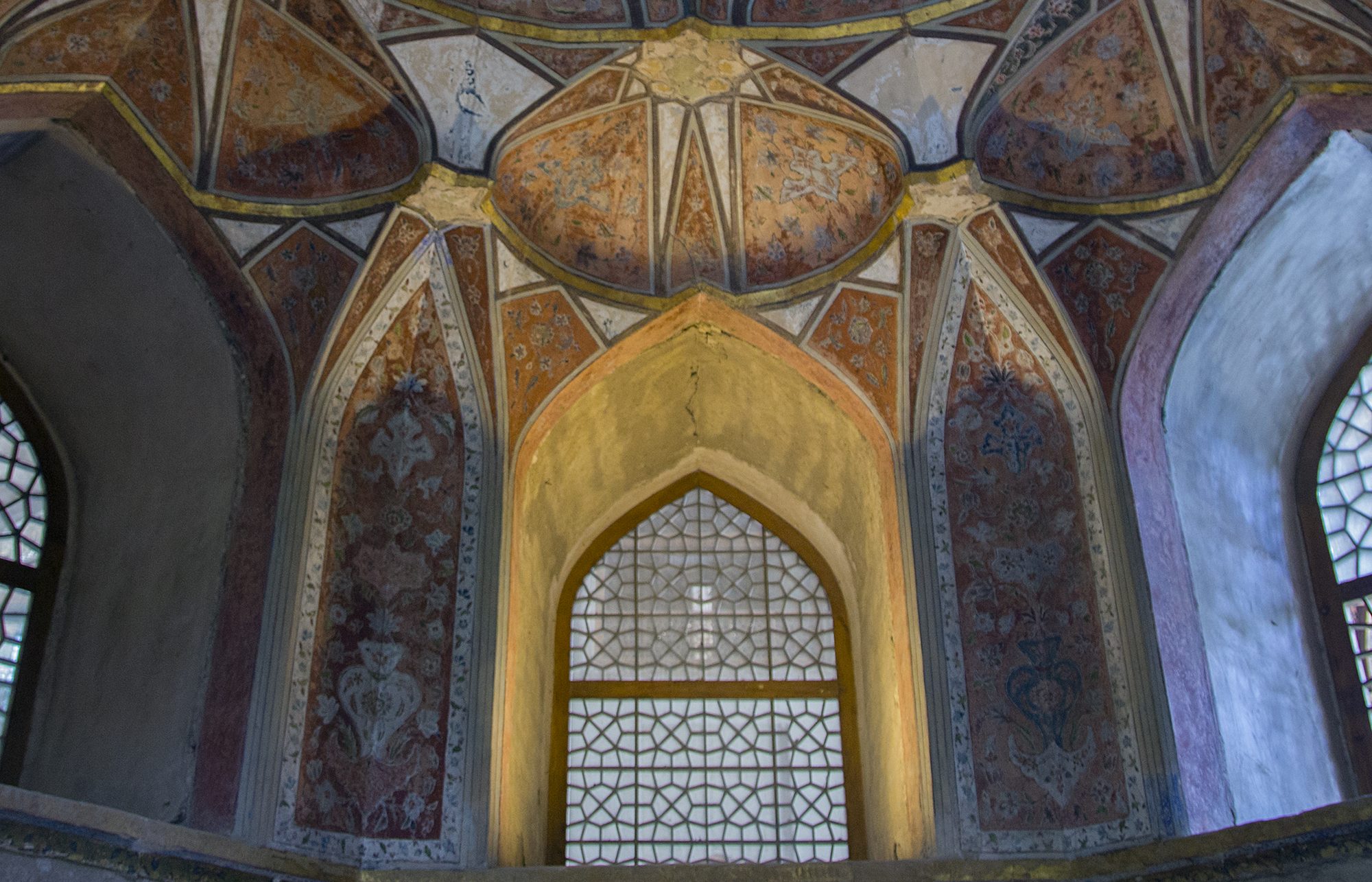 The magnificent tiling of Hasht Behesht Palace includes different kinds of birds, reptiles, and predators paintings on. This mansion has four different façades that despite their similarities are all unique. It may seem that the northern front view is the main façade but the pool in the garden suggests that the main façade is the eastern one.

The two-storey palace is built 2 meters above the ground level. The walls of the first floor contain paintings and fascia architecture. The second floor exhibits some rooms, windows, and doors with cachet design. In the middle of the hall, there is a marble pool called “The Pearl Pool”. The design of the pool is in such a way that the water seeps through its holes like a pearl. This palace was a house to the eight wives of Shah Abbas. Four of them used to live on the first floor and the four others on the second floor. The artistic and glorious decorative design of the building has made the travelers speechless through all these years. 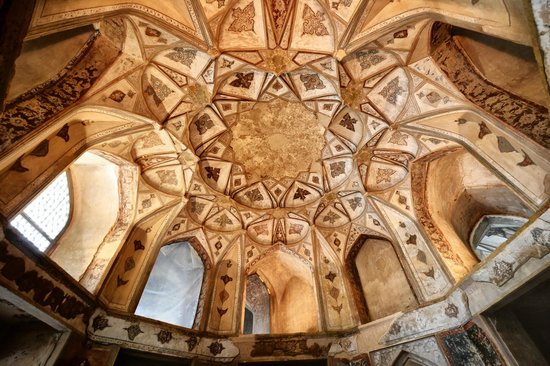 Where to Eat near Hasht Behesht Palace Where to Stay near Hasht Behesht Palace 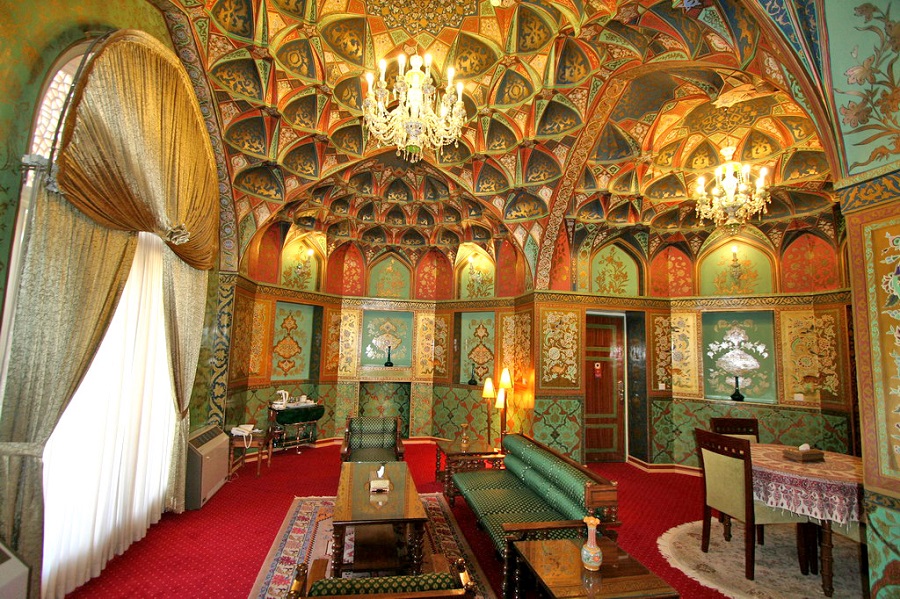 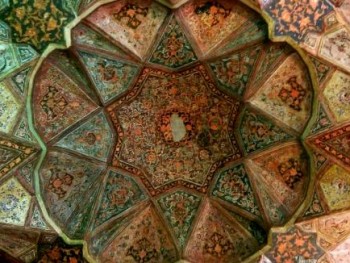 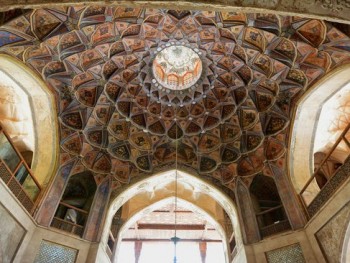 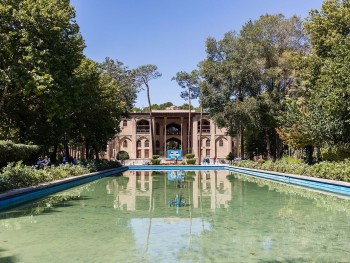 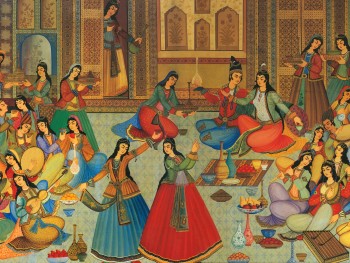 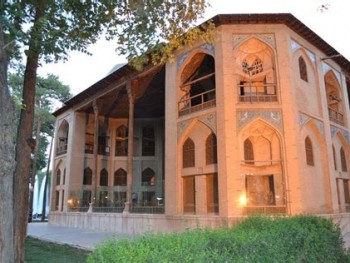 How To Get To Hasht Behesht Palace

Drive on Chahar Bagh Street and take Bagh-e Goldaste Street at Darvazeh Dowlat Square. Hasht Behesht Palace is at your right side.

Reaching here by public transportation is possible by bus. Municipal Bus Station is the closest station to this palace.