The Tallest and Oldest Wall in Iran

Alishah Arg or Arg of Tabriz is one of the tallest and oldest historical walls in Iran. Arg means citadel in English, but there is not much left from this citadel during its 700-year lifetime. A huge part of the citadel is destroyed in natural disasters like earthquakes or by humans like wars. Arg of Tabriz is the tallest monument in Eastern Azerbaijan province, Tabriz. 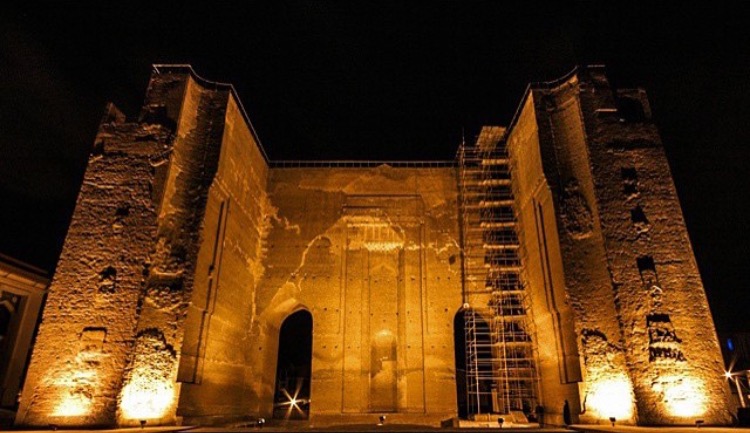 Location of Arg of Tabriz

Arg of Tabriz is located centrally in Eastern Azerbaijan province, Tabriz. Therefore, you will have an opportunity to visit many other attractions around the site. Ostad Shahriar Museum, Heidarzadeh House, Azerbaijan Museum, Amir Nezam House, Saint Mary Church of Tabriz, Saat Tower, and Pottery Museum are the nearby attractions. 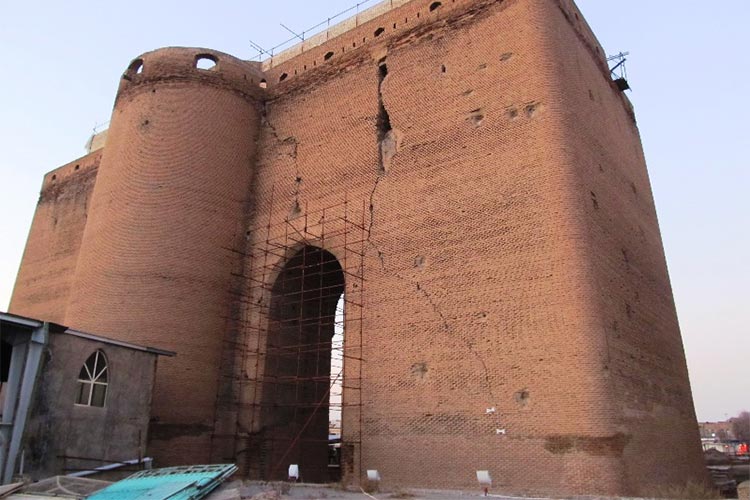 History of Arg of Tabriz

Taj Al-Din Alishah Gilani, Ilkhanate minister, first commanded upon the construction of the majestic Arg of Tabriz in a huge mosque of his time.

Despite many issues either natural disasters or historical incidence, the priceless wall of Arg of Tabriz is still standing proudly in the city. It also has had various functions in different eras. For instance, during the reign of the Qajar dynasty, the mosque and its surroundings were used as grain and weaponry storage; that is why a fence was constructed around the structure and its name was changed to Arg.

In 1911, with the fall of Tabriz, The Russian invaded the city and blew up the wall of Arg of Tabriz. During the protests for the constitution, Arg of Tabriz was used as a shelter for the followers and indeed improved their forces against Mohammad Ali Shah. The signs of their fights are still visible on the wall. When the constitution was approved, a modern school and a theater, which was similar to the one in Saint Petersburg, was built in Arg of Tabriz.

Arg of Tabriz was registered in the National Heritage Sites list in 1931. 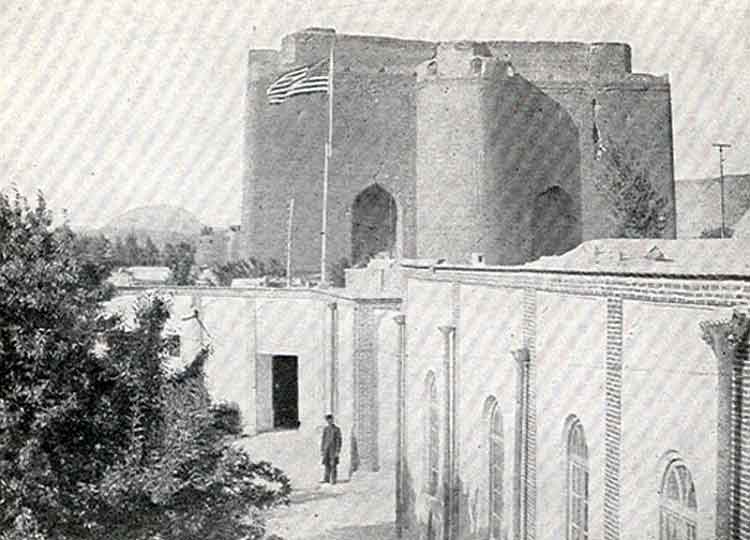 Structure of Arg of Tabriz

The width of the present Arg of Tabriz is 30 meters and its height is 26 meters. Only three walls are left from the huge Arg of Tabriz that look like a veranda. The width of each wall is 10 meters. The excavations show that about 7 meters of the walls are beneath the soil due to earthquakes. The roofed section used to be a mosque and the oldest part of the complex. 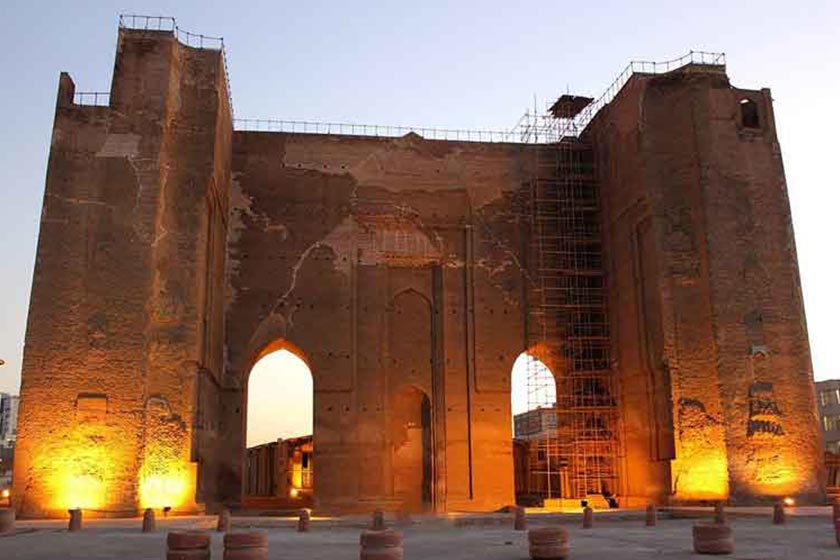 Where to Eat near Arg of Tabriz

Where to Stay near Arg of Tabriz 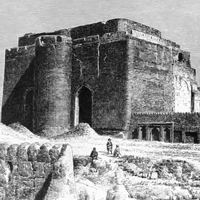 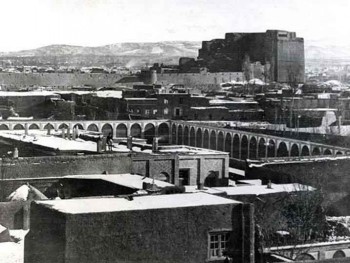 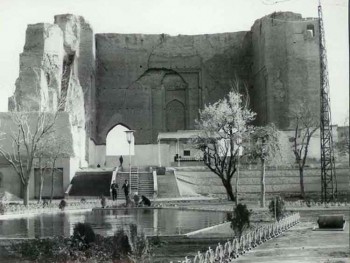 How To Get To Arg of Tabriz

You can get off the subway in Mosalla Station. It is exactly in the same location as Arg of Tabriz.

Get to Saat Square and take Emam Street. Then turn to Taleqani Street and there it is! Arg of Tabriz.

Hotels near Arg of Tabriz, Tabriz