Mashhad is one of the biggest cities in Iran. The city used to be the capital of Iran during the Afsharid dynasty, therefore, you can see lots of buildings and monuments from that era in Mashhad. Mashhad train station is one of the oldest railway stations in Iran. The architecture of Mashhad Railway Station is inspired by ancient Persian palaces. many people choose to travel to or from Mashhad for several reasons such as comfort, planning a budget trip, safety, or causing less harm to the environment. Mashhad train station is one of the most crowded ones in Iran. Mashhad Railway station transfers around 45000 people each day toward different parts of the country. In this article, you will find information about popular train destinations from Mashhad, duration of train travel, Train ticket prices and more. If you plan to travel to Mashhad by train, you should book your ticket in advance.

Many people choose to travel by train to and from Mashhad. Here you can see the most popular train destinations from Mashhad.

Several trains leave Mashhad toward Tehran every day. The trains live Mashhad train station at different times of the day. You can choose 6-bed compartment, 4-bed compartment, and bus-train to travel between Mashhad and Tehran. there are a variety of options for you on Mashhad-Tehran railroad. If you want to plan a luxurious train trip, you can book a Fadak train ticket. There are more budget options like 6-bed compartment trains. Pardis trains which are the fastest trains in Iran work on Mashhad-Tehran railroad. It takes about 8 hours to Travel between Tehran and Mashhad by the fastest train in Iran. the distance between Tehran train station and Mashhad train station is about 926 kilometers. Depending on the train type, the duration of a train trip between Mashhad and Tehran varies between 8 to 12 hours. Ticket prices for trains from Mashhad to Tehran start at 6€. The train stops in the stations you can see below on its way to Tehran from Mashhad. Note that depending on the train timetable, not all the trains may stop at all the mentioned stations.

Both Isfahan and Mashhad are popular destinations for tourists visiting Iran. The distance between Mashhad and Isfahan train stations is about 1484 kilometers. It takes about 19 hours for a train to travel between Mashhad and Isfahan. Trains leave Mashhad toward Isfahan at 15:45 and 19:35 and arrive in Isfahan the next day respectively at 10:00 and 14:30. 4-bed compartment trains are available between Isfahan and Mashhad. The train ticket price from Mashhad to Isfahan starts at 14€. The train stops in the stations you can see below on its way to Isfahan from Mashhad. Note that depending on the train plan, not all the trains may stop at all the mentioned stations.

Where to Stay Near Mashhad Train Station?

Where to Eat Near Mashhad Train Station?

If you are looking for a restaurant around Mashhad Train Station, you can go to one branch of Rezaii restaurant which is on Daryadel street close to Rah-Ahan square. Rezaii restaurant serves Iranian food like Koobideh and Jooje kebab. Abedin Zadeh Restaurant is another Persian restaurant that you can get there by a few minutes' walks from Mashhad Railway Station.

Mashhad is the second-largest city in Iran. The city is famous among Shia Muslims because of Imam Reza Holy Shrine who was 8th Shia Muslim Imam. To explore Mashhad more you can go to Bazaar od Mashhad, there you may find lots of shops selling saffron as it`s the main souvenir of the Khorasan area. If you like visiting historical houses, you can go and visit Darougheh Historical House in Mashhad and enjoy the historical architecture of the building. 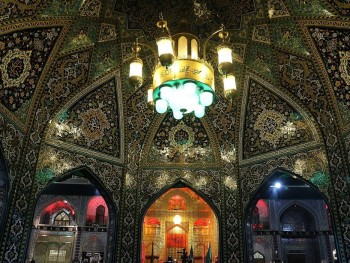 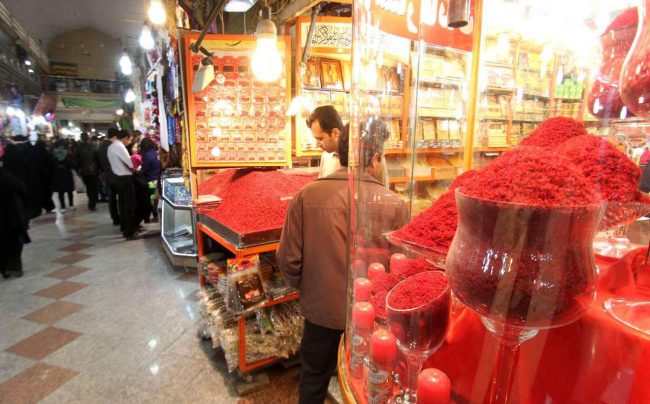 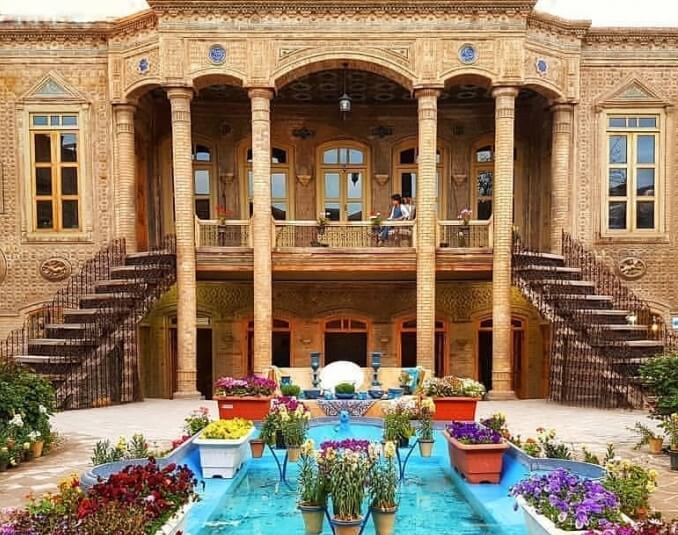 If you need more information about train travel in Iran, contact us: 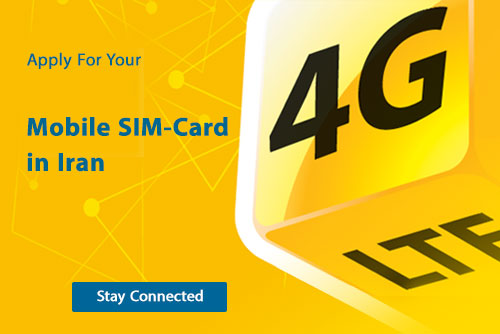