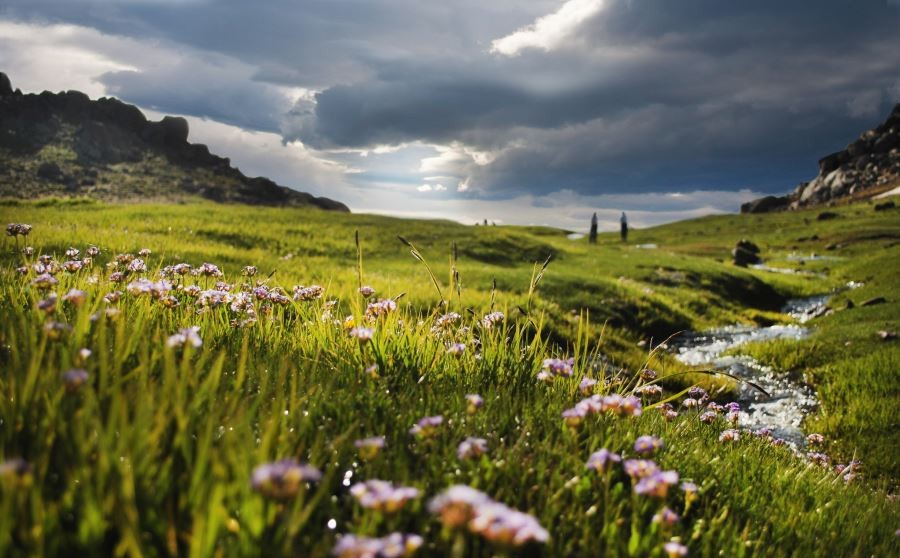 The Mixture of Nature and History

Ganjnameh is located at the end of one of the hillsides of Alvand Mountain. It contains both historical and natural touristic sites that excite its visitors. 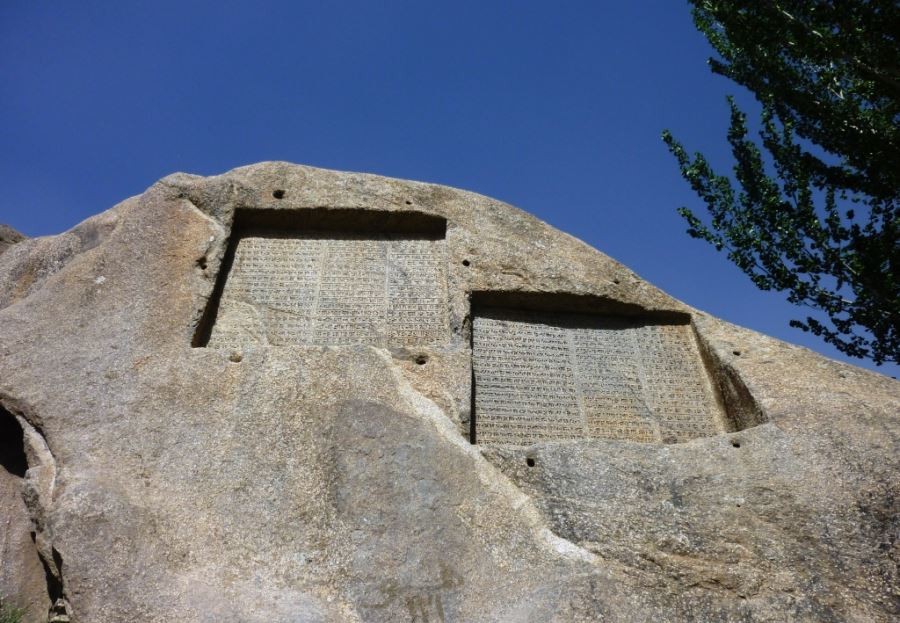 One important ancient reminiscence of Persia is located at the end of one of the hillsides of Alvand Mountain that is a memory of the Achaemenid Empire. The two crucial inscriptions of this era are engraved there on a giant piece of rock. You might ask why there? The answer is because the area was of extreme importance to the people of that era. This area was on the way from Hegmataneh Hill (summer capital city of the Achaemenid Empire) to Babel. Therefore, it was one of the busiest and most secure paths of the time. King Darius the Great commanded upon engraving one of the inscriptions about 500 BC. Khashayarsha (King Xerxes) commanded on building the second inscription right next to the first one, following his dead father’s demand. Their aim was to worship Ahuramazda (the Zoroastrian God) and the dignity of their ancestors as well as transferring their own thoughts and beliefs.

It is amazing to know that the several holes next to these inscriptions were meant to preserve them from natural elements like rain, storm, and sunshine in the long run. The English and Persian translations of these inscriptions are engraved on two rocks on the other side of the area. These inscriptions have been registered on the Iran National Heritage list in 1931. 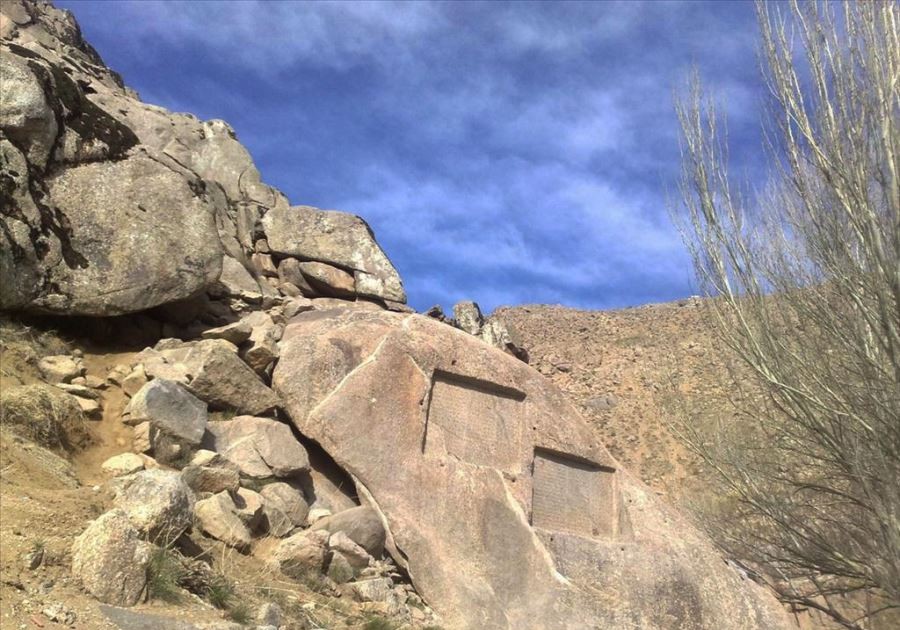 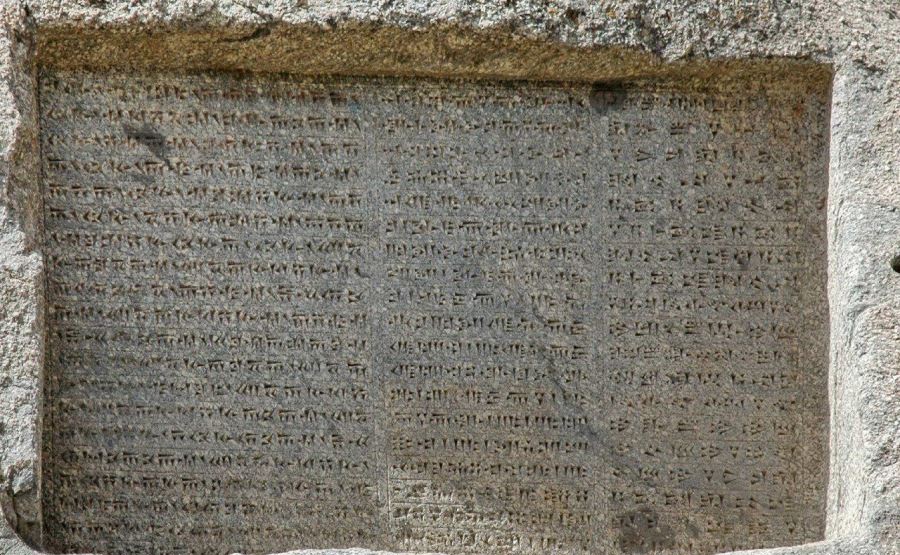 The translation of the two inscriptions is as follows:

King Darius the Great’s inscription: A Great God is Ahuramazda, the greatest of the gods, who created this earth, who created yonder sky, who created man, for man, who made King Darius, one king of many, one lord of many, I am Darius, the great King, the King of kings, King of countries containing all kinds of men, King in this great earth, far and wide, son of King Vishtasb, an Achaemenian.

Khashayarsha’s (King Xerxes’s) inscription: A Great God is Ahuramazda, the greatest of the gods, who created this earth, who created yonder sky, who created man, for man, who made Xerxes king, one king of many, one lord of many, I am Xerxes, the great King, the King of kings, King of countries containing all kinds of men, King in this great earth, far and wide, son of King Darius, an Achaemenian.

The difference between the two texts is only in the names of the kings. 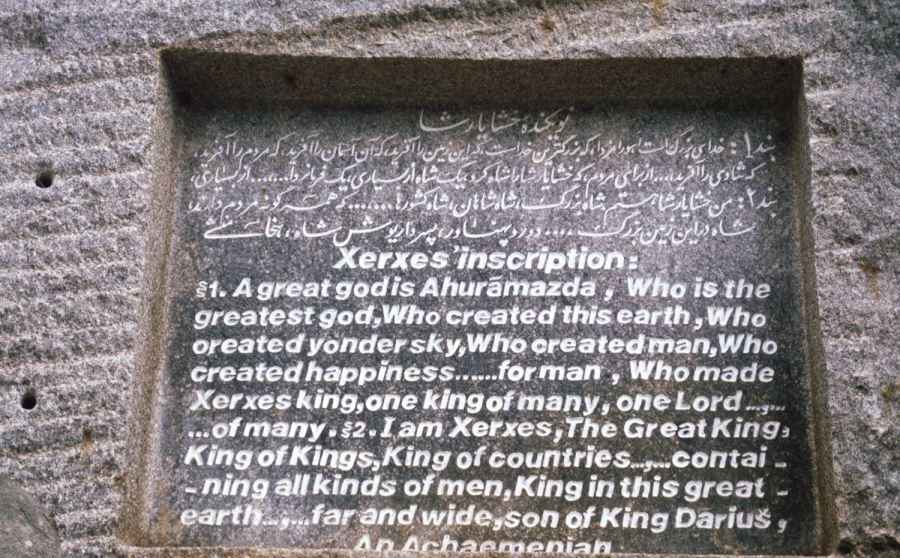 Why the Name “Ganjnameh Inscriptions”?

These two inscriptions have been named several titles so far. However, the recently used names are Jangnameh and Ganjnameh. The name Jangnameh (Jang= War) is given to them under the influence of stories and the thoughts of the people about their kings’ warfare. On the other hand, the name Ganjnameh (Ganj= Treasure) is given to these inscriptions because the majority of the people used to think that these words contain a secret of a hidden treasure. 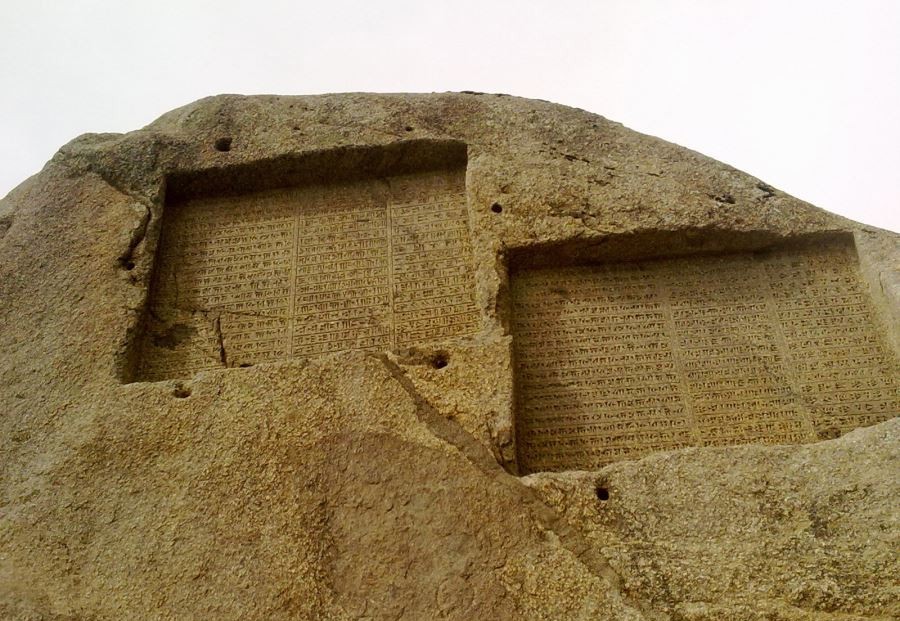 One of the most outstanding attractions in Hamedan is Ganjnameh Waterfall that is located right next to this historical touristic site (Ganjnameh Inscriptions). As there are welfare services and amenities nearby, you can create an unforgettable day here in this marvelous destination. Ganjnameh Waterfall is a four-season waterfall, the water of which falls from a 12-meter height and creates a magnificent image. This waterfall was registered on the National Heritage Sites List in 2008. 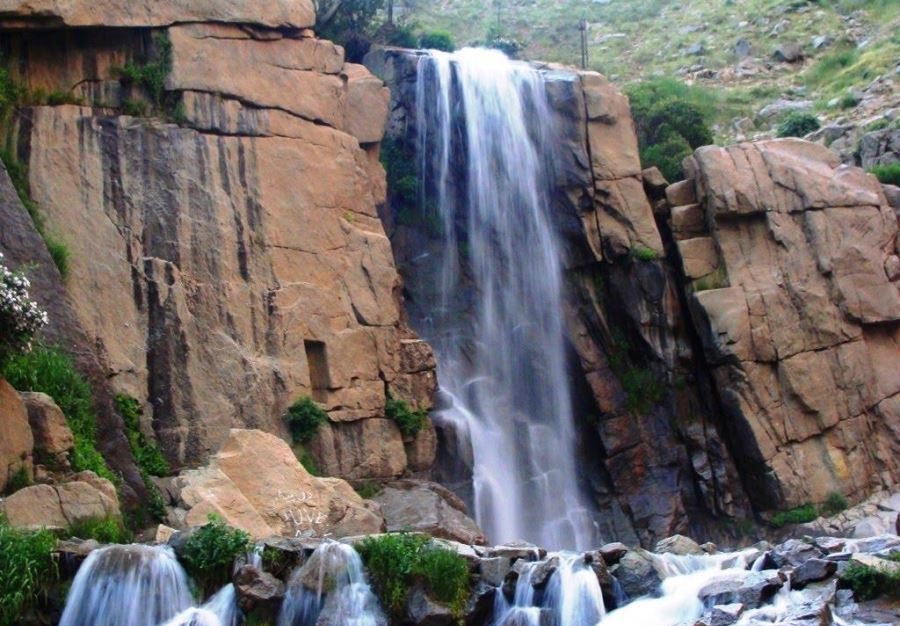 Things to Do in Ganjnameh

Having fun in the vicinity to the waterfall 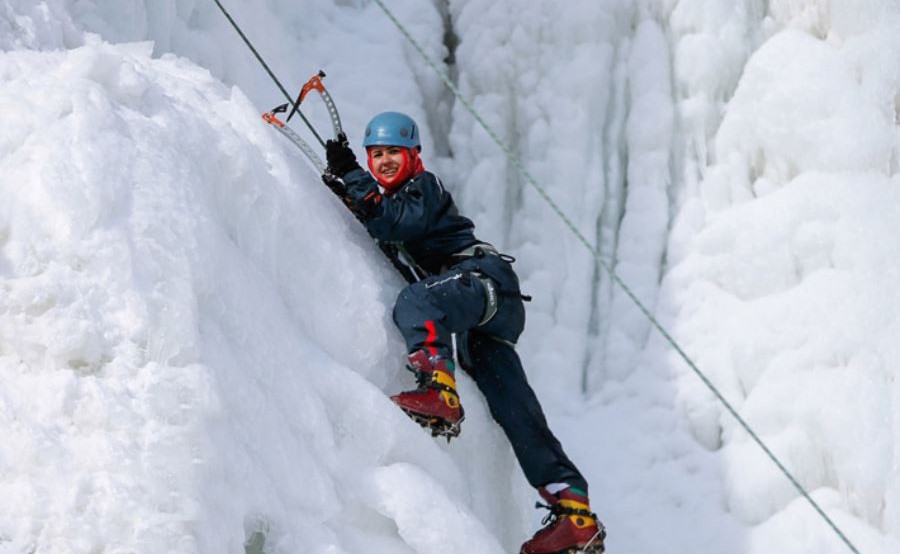 In spring, there are countless colorful flowers and blossoms in the valley. In summer, the green nature and the mild weather will please you. In autumn, thousands of colors do their best to beautify the scenery. In winter, the waterfall gets covered by ice and icicles and turns the other page of nature for you. Which scene do you want to face when you are visiting Ganjnameh? 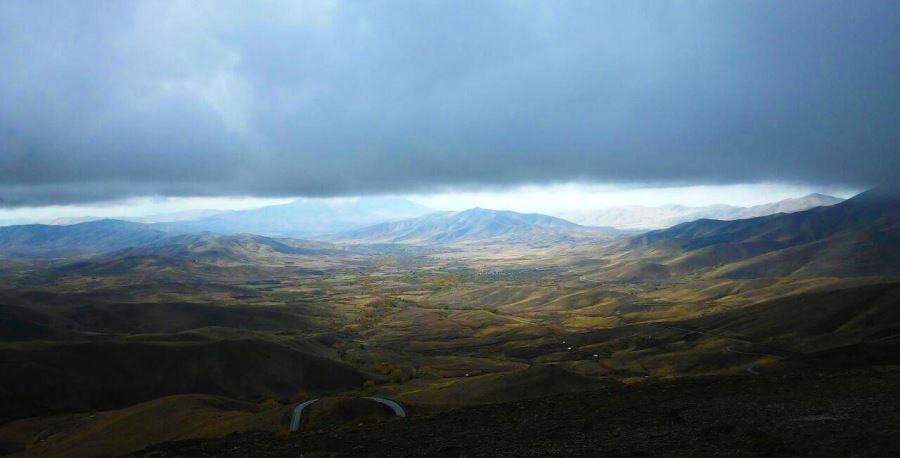 Where to Eat near Ganjnameh

Where to Stay near Ganjnameh

How To Get To Ganjnameh

Located in a 5-kilometer distance from the southwest of Hamedan, you should drive through Ganjnameh Road to get to Ganjnameh.

You can join the tours and visit Ganjnameh touristic complex.

Other attractions in Hamadan

Book Your Hotel In Hamadan